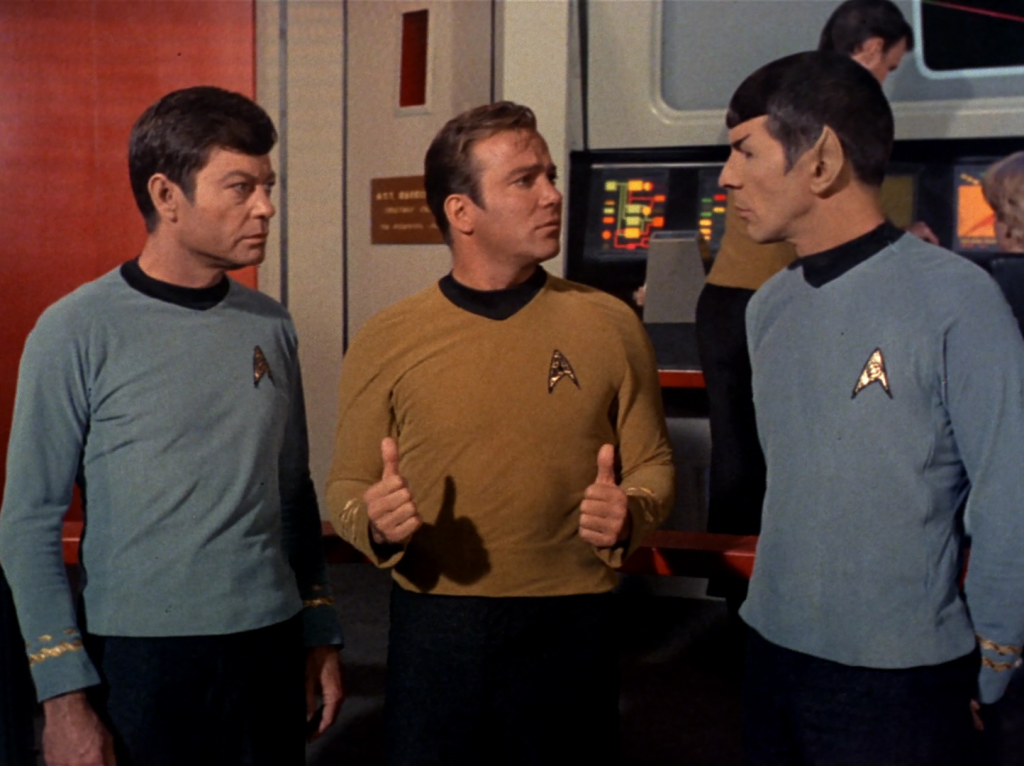 Fans excited for Star Trek‘s return to the small screen will have to wait a little longer than perhaps they expected. The new series being overseen by Hannibal‘s Bryan Fuller will be missing Trek‘s big 50th anniversary in order to stay out of the way of Star Trek Beyond hitting theaters this summer. That might seem like poor planning, but one must remember that Star Trek is owned by two different companies – CBS overseeing Trek on television and Paramount handling the films – and they don’t exactly see eye-to-eye.

As CBS’ Les Moonves explains, “You know, we both wanted it. [Paramount] said ‘It’s a movie!’ and I said, ‘No, no, no, it’s a TV show.’ Actually, we’re both right. So they kept the feature film rights, we kept the television rights.”

He goes on to explain that, per their agreement with Paramount, they are required to wait six months after the release of the new film in order to avoid “confusion in the marketplace.” This split between the two owners of Star Trek is also why it’s far more likely we’ll see this new show take place in the original Trek timeline rather than the rebooted Bad Robot continuity. CBS has an interest in preserving the version of the series they own rather than supporting the one they don’t.

That said, this idea of having to build a wall to separate TV from film is not exclusive to Paramount and CBS. See also the way Warner Bros. and DC are starting to restrict which characters from their comic book stable are allowed to show up on TV. As we continue to move into an age of elaborate, interconnected, cross-media multiverses, this notion is becoming increasingly antiquated. When the Flash can traverse the multiverse and wind up in a show on a completely different network, haven’t we already gotten past this concern for marketplace confusion?

Either way, I’m excited for the release of Star Trek Beyond this summer and I’m also excited for this new Star Trek show coming six or so months later. Both Justin Lin and Bryan Fuller have been saying all the right things to get me excited about their respective Treks, and it’s only a shame that we have to have this arbitrary time divide between them.

The new Star Trek will premier on the CBS All Access streaming service at some point in 2017. Hopefully by then they’ll have figured out how to make the service slightly better than terrible.