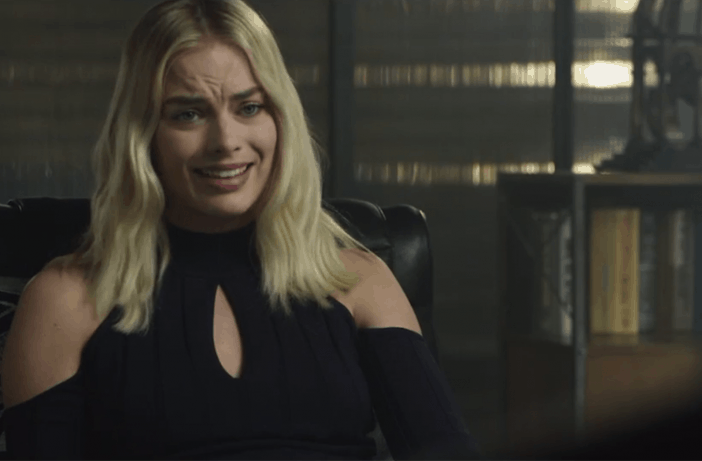 It is hard to believe that we are a little over three weeks away from the release of the DC film, Suicide Squad. The excitement just continues to build especially with San Diego Comic Con on the horizon where a Hall H panel is expected featuring director David Ayer and the film’s ensemble cast. With the film so close, it’s inevitable that the marketing campaign will only ramp up the closer we get, and tonight is definitely no exception.

During the ESPY awards airing tonight on ESPN, a new promo for the upcoming film has aired. It depicts Harley Quinn herself, Margot Robbie being questioned by a “psychologist” about her sentiments of the film coming out so soon. Robbie expresses how she feels that her #Skwad is much more than a bunch of bad guys, emphasizing how they are actually friendly and unstoppable. By the end of this ad, it is revealed that the “shrink” Robbie is conversing with is none other than New England Patriots Tight end, Rob Gronkowski.

Sure, there isn’t much new footage with this promo, but it is undoubtedly exciting to see Margot Robbie showcase her own excitement about the film, her character, and finally revealing Task Force X to audiences worldwide. How are you containing your hype for Suicide Squad? Do you think we will see more promos similar to this, perhaps with Will Smith or Jared Leto at the forefront? In the mean time, you can check out the promo below.