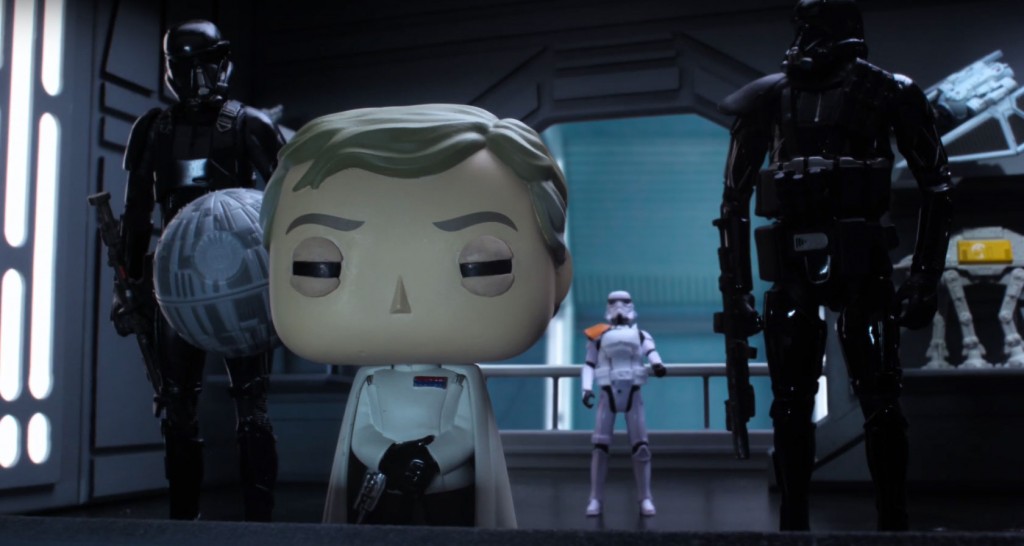 LucasFilms may have found the most creative way possible to advertise their new toy line: stop motion animation. A group of Star Wars superfans were chosen to have the opportunity to create a series of four stop motion animated shorts with the purpose of showing off the new line. This might be the first time something so creative has ever been done to advertise a toy line, and is an excellent way to let fans get hands on with their favorite hobby.

The first short features Jyn Erso attempting to obtain instructions on building the LEGO Deathstar that were lost by the Empire. In retaliation, the Empire sends out it’s troops of all shapes and sizes (aka a bunch of other toys) to go find them. Conflict ensues.

Check out the first chapter below:

Fans who want to contribute their own home made shorts can do so, here: StarWars.com/GoRogue

For the creative kids out there, there is a separate contest for anyone 8-12 years old: Disney.com/MyRogueStory

The contest starts on on September 30th and the winners will be invited to a screening of Rogue One: A Star Wars Story at LucasFilms in San Francisco.

Are you looking forward to the new Rogue One toy line? Make sure to let us know in the comments.