A second season of Voltron: Legendary Defender is on its way from Netflix & DreamWorks Animation and the series is going to have its own panel at the upcoming New York Comic Con 2016. The second season picks up right after the first, after Emperor Zarkon laid the smack down on the Voltron Force. The Voltron Force is now in the position where it must rebuild in order to save the galaxy.

Check out the newly revealed poster, below: 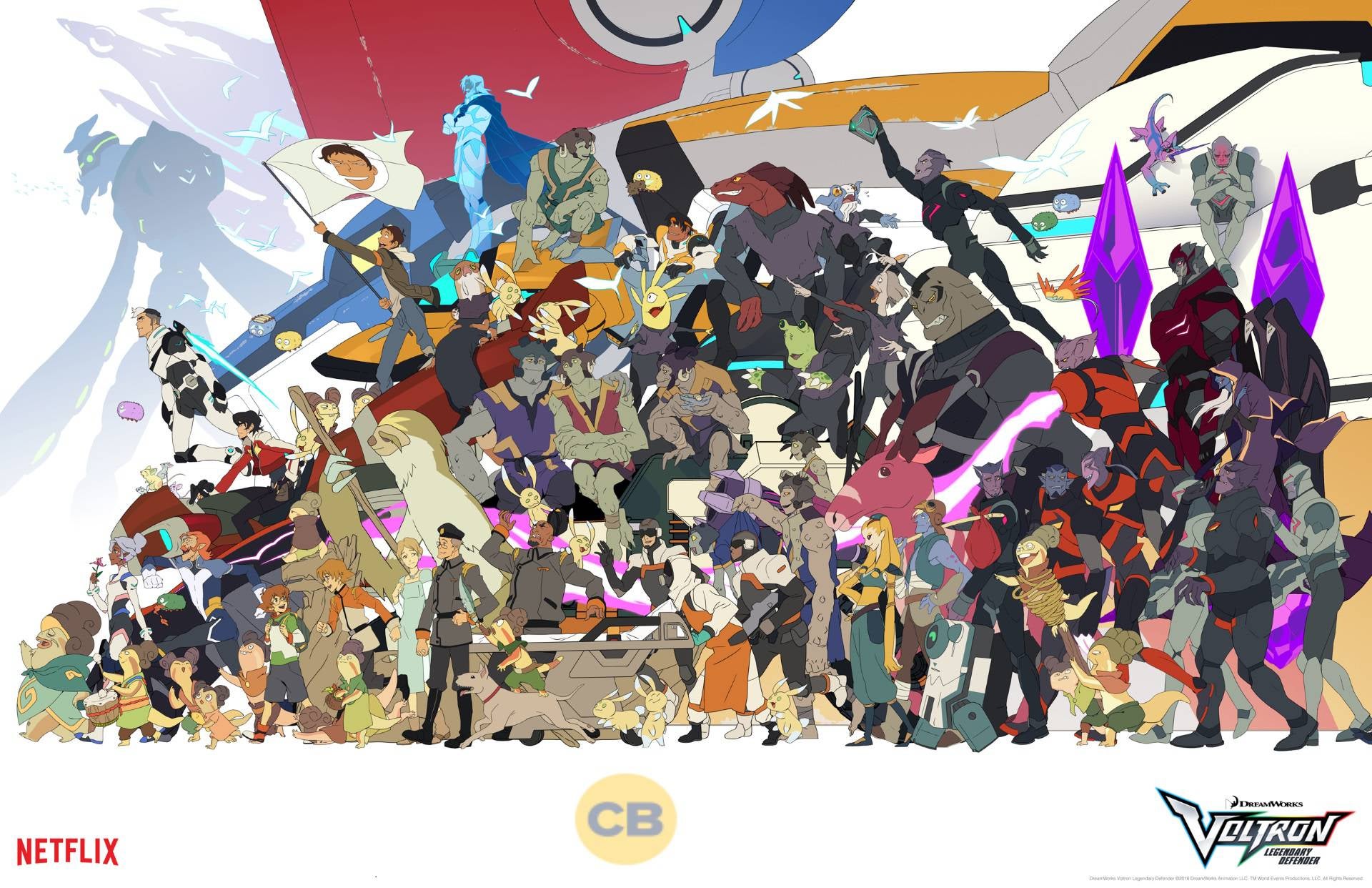 The poster gives us a look at the extended cast of the series. The show has quite the roster. Next up is the trailer for season 2, which can be seen below:

Lastly, we also have details for the show’s panel at the upcoming 2016 NYCC. Check it all out:

DETAILS ON PANELS/SCREENINGS AND ACTIVITIES (in chronological order):

Table 21 of Autographing Area at Javits Center (Hall 1-B)

A DreamWorks Voltron Legendary Defender signing with Joaquim Dos Santos, Lauren Montgomery and Tim Hedrick will take place from 1:00 PM – 2:00 PM on Friday at Table 21 the Autographing Area located in Hall 1-B of the Javits Center.

Location to be announced

DreamWorks Animation presents the Voltron Collective, a collaboration of leading lifestyle and apparel brands that have created exclusive product inspired by the Netflix original seriesDreamWorks Voltron Legendary Defender. Event details to be announced.

Lion Forge Comics will host a signing in booth #1669 with writers of the Voltron Legendary Defender comic series Tim Hedrick and Mitch Iverson. A Voltron #1 New York Comic Con Exclusive Variant cover will be available at the booth, limited to 250 copies.

From the limitless imagination of acclaimed filmmaker Guillermo del Toro comes a tale of two worlds set to collide in the epic saga DreamWorks Trollhunters. When ordinary teenager Jim Lake Jr. stumbles upon a mystical amulet on his way to school one morning, he inadvertently discovers an extraordinary secret civilization of mighty trolls beneath his small town of Arcadia. Suddenly destined to play a crucial role in an ancient battle of good and evil, Jim is determined to save the world – right after gym class. A must-see viewing event for the entire family, DreamWorks Trollhunters will bring viewers of all ages around the globe into the rich and creative world of this all-new Netflix original series. Join creator and executive producer Guillermo del Toro alongside voice talent Kelsey Grammer, Ron Perlman and Steven Yeun and executive producers Marc Guggenheim and Rodrigo Blaas, as they discuss bringing this global television event to life and world premiere the first two episodes.

Fans of Voltron: Legendary Defender, rejoice! You have plenty to look forward going into season 2. Are you excited for the show’s second season? Make sure to let us know below!