Sony’s upcoming Venom movie will bring the titular character back to the big screen in a new universe and with Tom Hardy in the lead role of Eddie Brock. Now, a new poster for the film features Venom looming over three key characters played by Tom Hardy, Michelle Williams, and Riz Ahmed, whose villain Riot can also be seen in action. 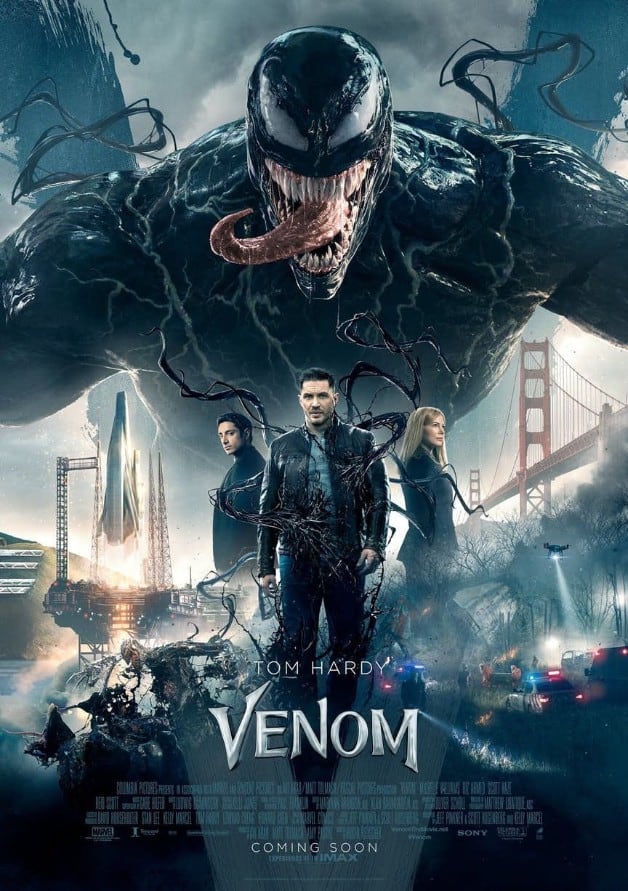 Are you excited to see Sony’s latest take on Venom? What are you hoping to see in the upcoming film? Please, Share your own thoughts in the comments section below!

Venom follows Eddie Brock as he attempts to revive his journalism career by investigating the Life Foundation only to come into with an alien symbiote that bonds with him, granting him powers and transforming him into the titular anti-hero.

Venom will be released in theaters on October 5, 2018.