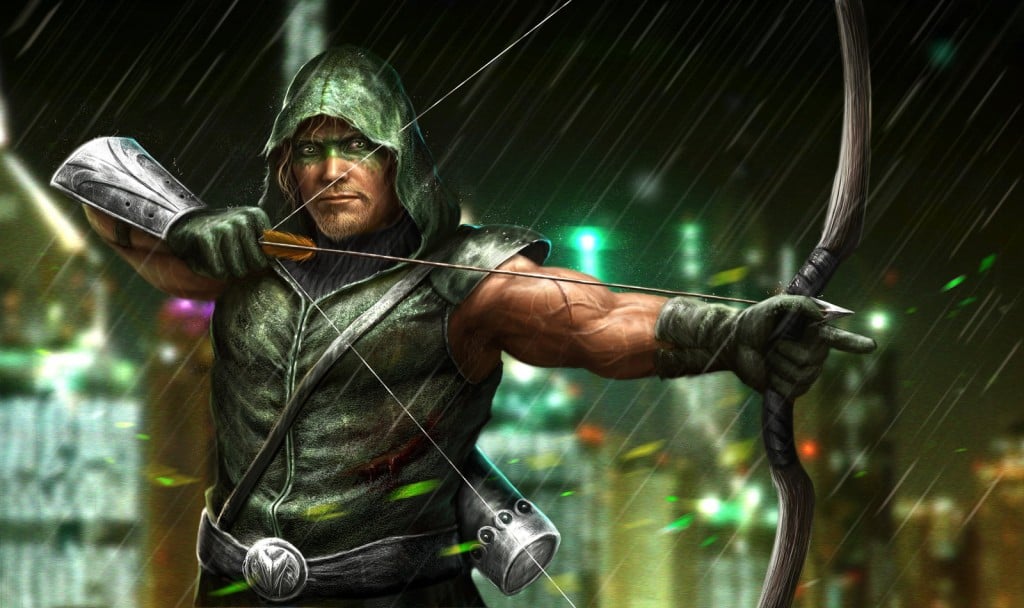 With season five of Arrow just around the corner, Oliver finds himself in dire need of new recruits and to get fans hyped, a few new set photos have hit the web showcasing a trio of masked individuals joining Star City’s vigilante crusade. Check them out below via Twitter.

Behind the hockey mask is Wild Dog, portrayed by Rick Gonzalez of TV’s Mr. Robot, a cocky individual who’s reckless nature attracts the attention of Green Arrow, who takes him under his wing. The character first appeared in his own comic series in 1987 as an auto mechanic named Jack Wheeler who took it upon himself to fight back against urban crime. Not too dissimilar from Casey Jones, Arrow star Stephen Amell’s lovable goon from this year’s Teenage Mutant Ninja Turtles: Out of the Shadows aside from the fact he uses deadly force.

Also among the team is returning character Evelyn Sharp, played by Madison McLaughlin, suiting up as Artemis. Sharp previously appeared in a single Season Four episode in which she impersonated Black Canary following the death of Katie Cassidy’s Laurel Lance. She’ll be a recurring character this time around, beginning with episode two. The daughter of Tigress and Sportsmaster in the comics, Artemis is better known among Young Justice fans as Green Arrow’s second apprentice after Roy Harper’s departure.

And finally, also returning from Arrow season four is Curtis Holt suiting up as Mr. Terrific. Star Echo Kellum promised as much early last month. It seems fans should have much to look forward to when the series returns on Wednesday Oct. 5.