San Diego Comic Con is going to feature many different collectible toys and figures and now Fantastic Beasts will be getting in on the SDCC action.

Entertainment Weekly released the first look at the new Funko Pop! collectible for Newt Scamander, the magizoologist in the upcoming Fantastic Beasts and Where to Find Them. The figure features Newt’s wand, Hufflepuff scarf and his now iconic magical case.

The figure will first be made available at SDCC and after at Barnes and Noble stores. 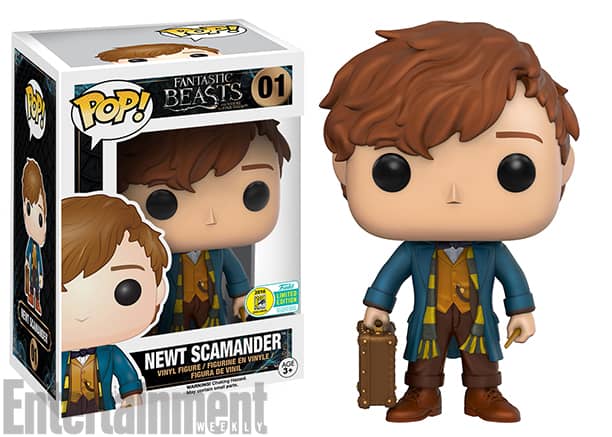 Warner Bros. hopes to make more films in this new franchise branched out from the Harry Potter films, with Fantastic Beasts set to be a trilogy. Well, it looks like that we are ensured the next chapter, since Rowling has apparently written it already according to director David Yates who was just interviewed for his latest film, The Legend of Tarzan.

We’ve done the first one, she’s written the second one, she’s got ideas for the third one. No one quite has ownership of them quite yet, in terms of having a relationship with the material, other than the relationship they’ll have with the movie when it comes out.