Nick Fury is certainly a busy man no matter where you are in the Marvel Cinematic Universe’s timeline. Despite getting snapped out in Infinity War, he’s kicking it with Carol Danvers in Captain Marvel and recruiting Peter Parker in Spider-Man: Far From Home. Now, a new international poster for the upcoming Marvel Studios flick showcases Nick Fury standing shoulder-to-shoulder alongside Carol Danvers.

The poster shows Samuel L. Jackson’s Nick Fury standing next to Brie Larson’s Carol Danvers, as well as Jude Law’s…well, whoever Jude Law is playing, since Marvel and Disney are keeping folks in the dark on that one. Have a look at the international Captain Marvel poster below. 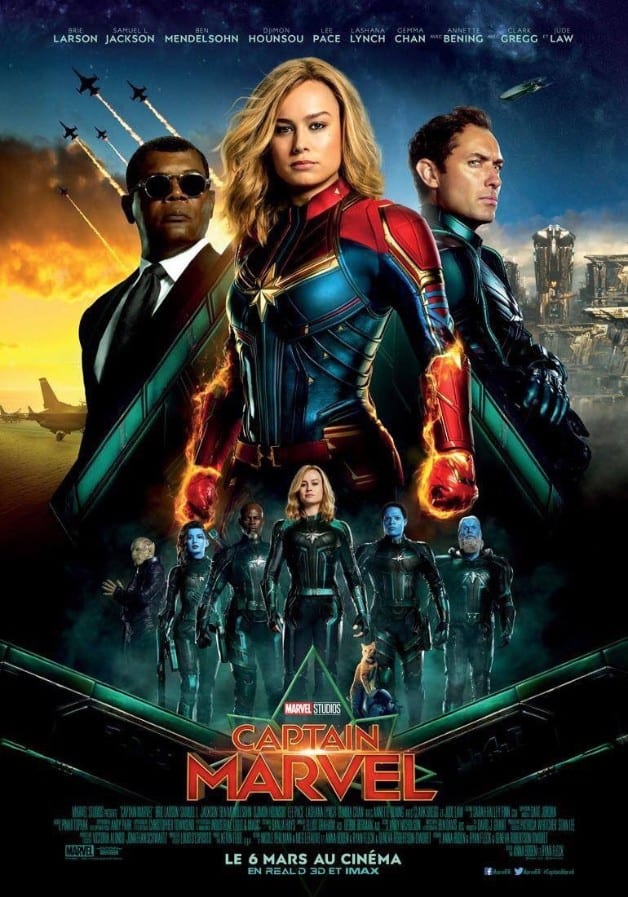 Somehow, as per usual, the international posters tend to look better than the domestic ones. Though you would think that Coulson would get some prominence on the poster. He has been around since the beginning, even though as far as the films are concerned, he’s dead. But still, what do you think of the international Captain Marvel poster? Where do you stack it compared to other, previously released posters for the Marvel Studios film? Also, how much of Nick Fury do you hope we see in the movie? Let us know your thoughts in the comments below.

Captain Marvel will fly into theaters on March 8, 2019.