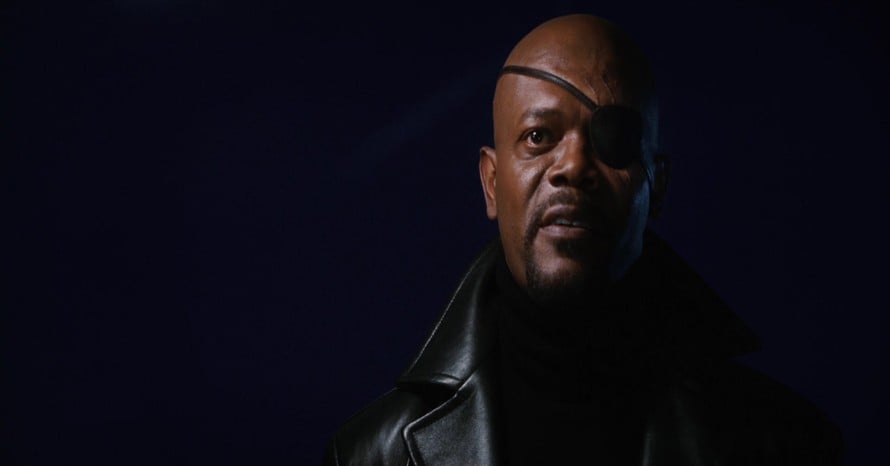 A deleted scene from Iron Man that shows Nick Fury referencing the X-Men and Spider-Man has been made public by Marvel Studios President Kevin Feige.

The deleted Iron Man scene featuring Nick Fury was revealed at the 45th Saturn Awards in a clip introduced by Kevin Feige. In the video, Feige says that they have quite a bit of footage like this in their vaults and they’ll be bringing some of it out for the upcoming Infinity Saga boxset. In the deleted scene, we see an alternate post-credits scene from Iron Man. Nick Fury comes out of the shadows and details how he has to keep an eye out on “radioactive bug bites and assorted mutants.”

You can check out the alternate Iron Man scene with Nick Fury below.

At the Saturn Awards, Kevin Feige revealed an alternate version of the post-credits scene from ‘IRON MAN’ with Nick Fury mentioning “mutants” and “radioactive bug bites”. It will be included in the upcoming INFINITY SAGA boxset. (Source: @BRMarvelNews) pic.twitter.com/AqzTokEc67

This scene really highlights the ambition that Kevin Feige had right at the beginning of the MCU. In the original post-credits scene from Iron Man, Nick Fury simply highlights how he’s at Tony Stark’s house to discuss the Avengers initiative. Here, he subtly name-drops Spider-Man and the X-Men. At that time, Feige didn’t have his hands on both the X-Men or Spider-Man property rights, so perhaps this post-credits scene was a way for him to pitch a larger Avengers story to the studios that held the rights to those characters? There’s a lot of speculation we can throw onto this clip, as well. For example, is Nick Fury referencing the Spider-Man portrayed by Toby Maguire or a completely new version of the character?

A lot has changed since those early days and Feige now has his hands on the X-Men thanks to Disney’s acquisition of Fox. For a brief moment, Spider-Man was a pivotal part of the MCU thanks to Feige’s negotiation tactics with Sony. In hindsight, this post-credits scene would not make any sense as Tom Holland’s Spider-Man was merely a child in 2008, when Iron Man was released.

Nick Fury and Spider-Man shared the screen in Avengers: Endgame. Here’s the official synopsis for the Marvel Studios epic: