Last week at New York Comic-Con, Valiant Entertainment finally revealed the top-secret project they’ve been teasing for the past few weeks: Ninjak Vs. The Valiant Universe  — a six-episode digital series that will arrive next year and kick off the company’s plan to produce original content in live-action and animation, as well as media created for the digital arena under their new division, which is called Valiant Digital.

Directed by Bat in the Sun’s Aaron and Sean Schoenke, Ninjak Vs. The Valiant Universe stars Michael Rowe as Ninjak, Jason David Frank as Bloodshot, John Morrison as the Eternal Warrior, Chantelle Barry as Roku, Kevin Porter as Armstrong, Ciera Foster as Livewire and Derek Theler as X-O Manowar. More cast members will be announced in the near future, but these are just some of the characters that we’ll see in the series.

The first teaser trailer (which you can check out below) made its debut on Saturday, but Heroic Hollywood visited the Los Angeles set of the project on September 19 to get a behind-the-scenes look at the second episode (titled Ninjak vs. Bloodshot) and learn more details about the highly anticipated series.

Without further ado, here are some of the things we learned on the set of Ninjak Vs. The Valiant Universe last month.

How will Valiant compete with Marvel and DC Comics?

Marvel and DC Comics have each spawned their own cinematic universes and multiple television productions, which begs the question: how does Valiant plan to compete with these two entertainment juggernauts? Well, it’s simple: they won’t, according to Dinesh Shamdasani, the CEO and Chief Creative Officer of Valiant Entertainment:

“Valiant is very different. It’s character-centered. It’s grounded. It’s subversive. It’s left of center. It’s quirky. We wanted to include the characters that showcased to a new audience how different and exciting Valiant is and why it’s something equal to Marvel and DC, and so these are the characters, our biggest characters and our most exciting characters to showcase the Valiant tonality.

Our strategy to compete with Marvel and DC is not to compete with Marvel and DC. Just like in publishing, if we go head to head, even I’m buying Avengers before I’m buying an Avengers clone at another company, including Valiant. For us, it’s all about, ‘How can we do something that they’re afraid to do, or they haven’t thought of, or their universe doesn’t allow them to do?’ Here what we’re hoping to get across is that our characters are grounded, that they’re character-centric, that they’re the types of characters that you look at them and you say, ‘I can’t believe they made that guy or that girl a hero. I’ve never seen that before.’ That comes from the characterization. It comes from the personality. It comes from the physicality, and it comes from the looks as well.” 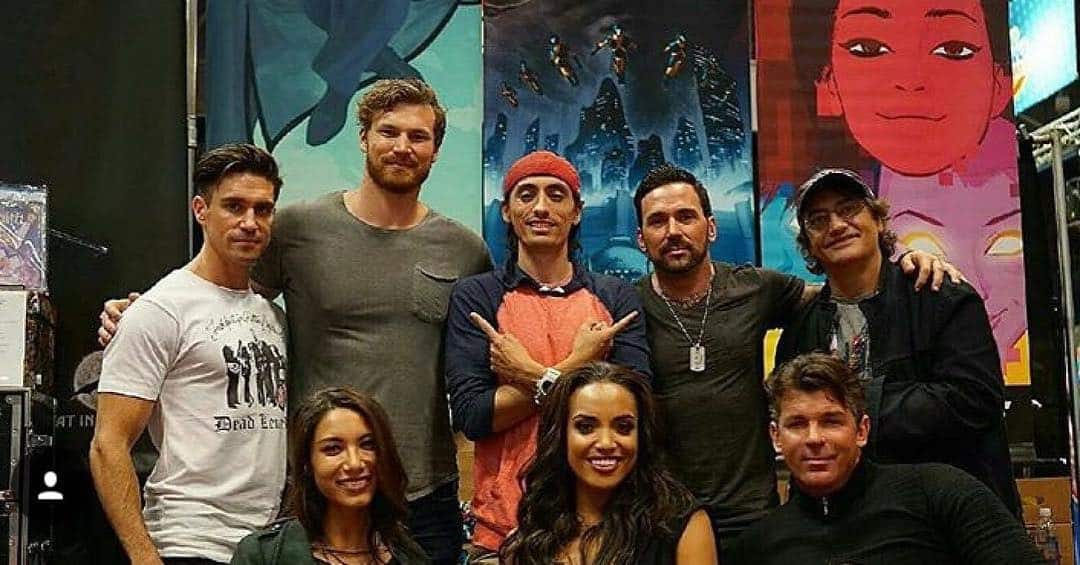 During the set visit, we also had the chance to speak with directors Aaron and Sean Schoenke, who are best known for producing the popular Super Power Beat Down series on their Youtube channel, Bat in the Sun. When asked about how familiar they were with these characters before going in, Aaron said:

A lot more since we started the process. Being huge comic book fans, familiar with them from the ’90s, I had some X-O and stuff from back then. Since they restarted, I had not been, but they sent us literally every book ever. The normal comics I read, I haven’t read any of those, because I’ve been reading all these comics. Sometimes they’ll send them like a week after, and I’ll be like, ‘I already went out and bought it! I had to know what happened to Ninjak!’ It’s been real cool to dive into these characters.

The directors also talked about the casting process and how they found the right actors for each role while still making sure that they’d be recognizable by fans of the industry:

Aaron Schoenke: You want to have the actors embody it in terms of physicality, but also loving the characters. They read so many of the comic books and are here because they like these characters, and want them to be brought to life correctly. Not just here for to get exposure. That’s never a good destination to start with when doing something artistic.

Sean Schoenke: Especially those who are really familiar and have followed Valiant for a long time, we want them to go, ‘That’s it. That’s what we want to see.’ 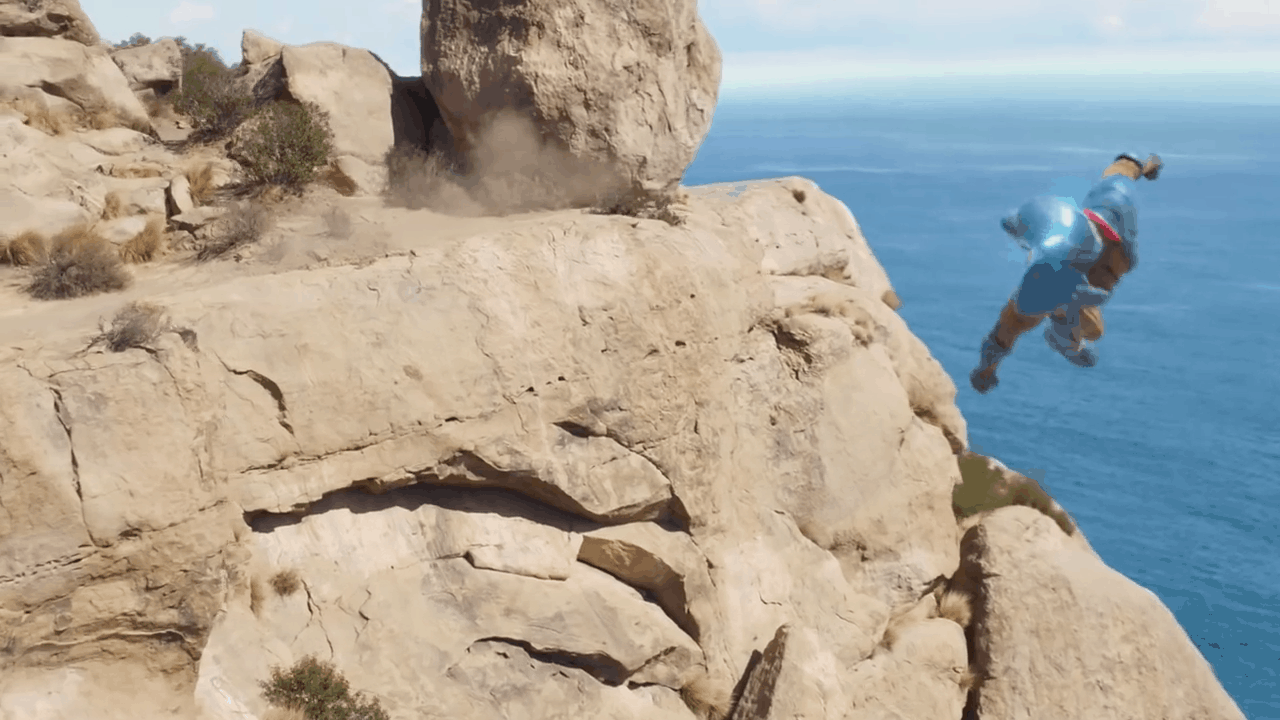 Ninjak vs. the Valiant Universe is still filming. In fact, production isn’t expected to wrap until next spring, which is why the series won’t debut until late 2017 (we’ll let you know when we get a more precise release date). But, we do know that the first and the last episode will be 15-minutes long, while the rest of episodes in the series will run for about 6 minutes. Plus, some of the them were actually shot in multiple locations, which says a lot about the production value of this digital series. 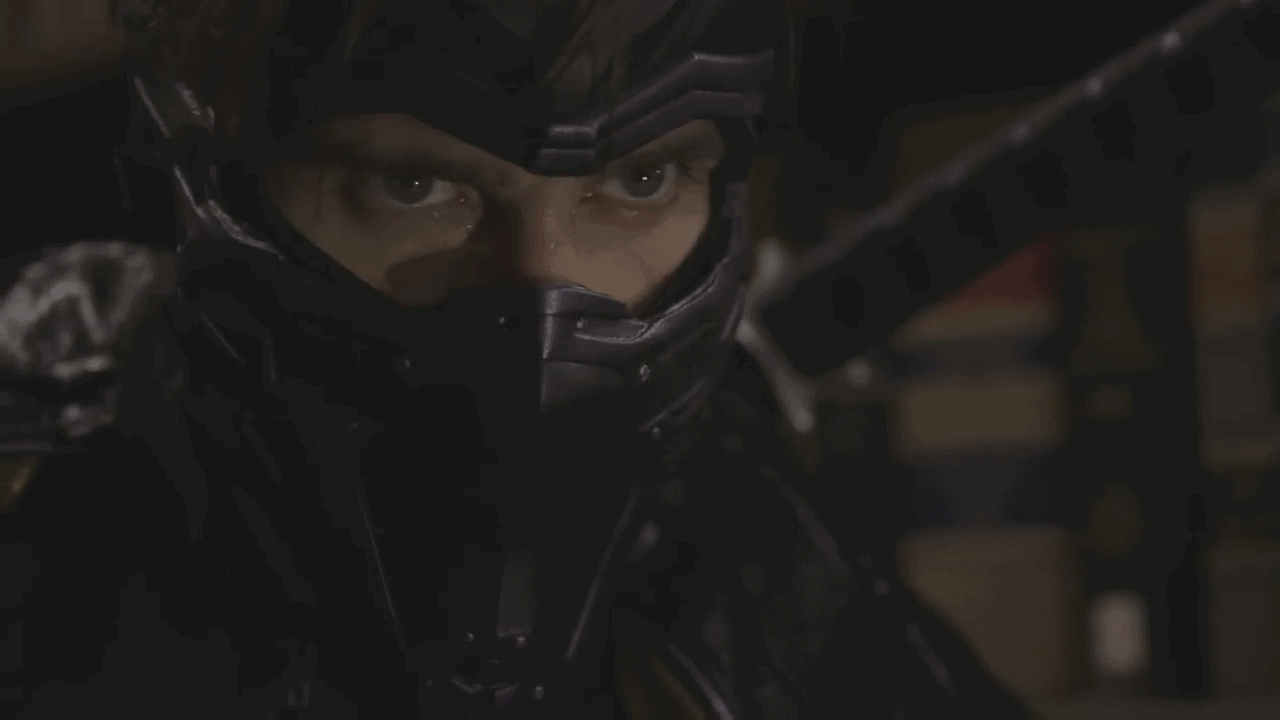 The entire series revolves around Colin King, a.k.a. Ninjak (Michael Rowe), who is forced to fight some of his closest allies after the villainous Roku (Chantelle Barry) forces him to steal an item from the MI6. Rowe was already familiar with Ninjak when Valiant approached him, but he’s also no stranger to comic book roles as he played Deadshot on Arrow. However, he has so far had way more creative freedom with Ninjak:

“The way this production is set up, you don’t have to answer to studios. The CEO is actually on set with us, finding the heart of these scenes, talking through the story and we all come out the other end feeling really good about it because we know we’ve found the grit and the grime and the truth in these scenes. And there is room to play, as an actor, it’s so freaking refreshing to be given the opportunity to do a bit of improv. On a bigger budget thing, you get certain liberties but you also get a hell of a lot of constraints. So I feel like the shackles are off a little bit on this.”

The actor then went on to talk about the first time he tried on the Ninjak costume:

“First time I put on the costume was just the first layer, and it is silver, and has a complete open front, so I felt like a cross between Freddie Mercury and David Bowie, so I was a little disappointed to be honest with you. I was like, ‘How is this going to turn into a kick-ass Ninja costume?’ But then when we finally started adding the layers, man, and we actually put it together full on for the first time, it freaked me out a bit. You know, I’ve seen sketches of it and obviously read a lot of comics and it turned out way better than any of us expected. And then when I saw it on film, it looked that much better again. It’s just the way they constructed it — they knew that this would translate really well on film.”

Fun fact: Rowe was originally offered a different role in the series. 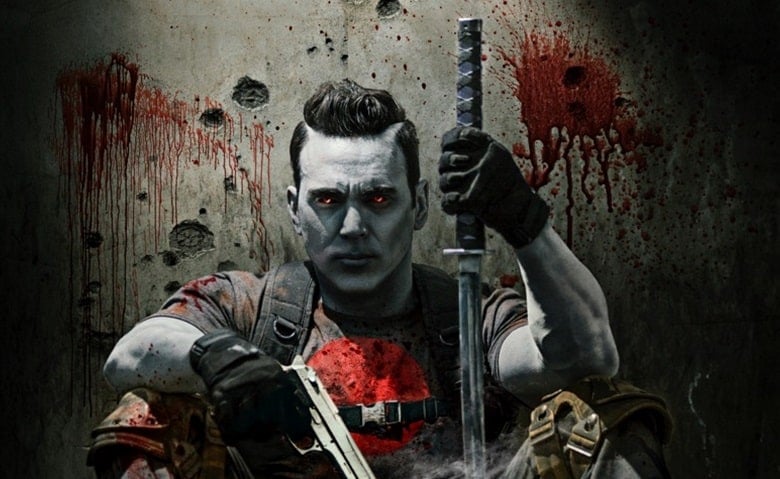 The series will feature many fan favorite Valiant characters, including Bloodshot, played by Jason David Frank (Power Rangers ). The actor is, of course, best known for playing Green Ranger Tommy, who was one of the reasons he decided to sign on to portray Bloodshot, a character he previously knew very little about. Here’s what he had to say:

“When [Aaron] called me about Bloodshot and talked about Valiant, I didn’t know too much about Valiant, so I wanted to make sure. I found that it was perfect because when I did Power Rangers, Tommy, to me, was an outcast as a kid. Tommy was a very popular character, although he wasn’t in a lot of episodes. I just felt the same thing with Bloodshot. He was a very cool, popular character that might not be in a lot of episodes, but he’s cool. He heals. He’s got so many different powers.”

The actor also explained that another thing that attracted him to the role of Bloodshot was his cool design in the comic books, as well as his power set and state of mind:

“He just looked cool. I like Bloodshot because his mind is not all there. I can relate to that. Like sometimes, I know it sounds crazy, but like there’s so much stuff going through his head that you don’t know if he’s in this world right now or if he’s in another world or who’s talking to him. Just through the nanos and the powers, you can’t kill the guy. There’s something that’s attractive, like with Wolverine, about somebody you just can’t kill. You can maim him. You can take his arms. But, you just can’t kill him.”

Stay tuned for more coverage as we learn new details about the upcoming series.