We’ve known for a while now that Valiant has been working on a top-secret digital series, but we finally have more details about the upcoming project, which will be titled Ninjak vs. the Valiant Universe. The project was officially announced during the Valiant New York Comic-Con panel, which included a first look at footage from the series.

Directed by Bat in the Sun’s Aaron and Sean Schoenke, the digital series will consist of six episodes, which will debut online in late 2017. The cast features Michael Rowe as Ninjak, Jason David Frank as Bloodshot, John Morrison as the Eternal Warrior, Chantelle Barry as Roku, Kevin Porter as Armstrong, Ciera Foster as Livewire and Derek Theler as X-O Manowar. More members will be announced in the near future.

Plus, here’s the teaser poster. 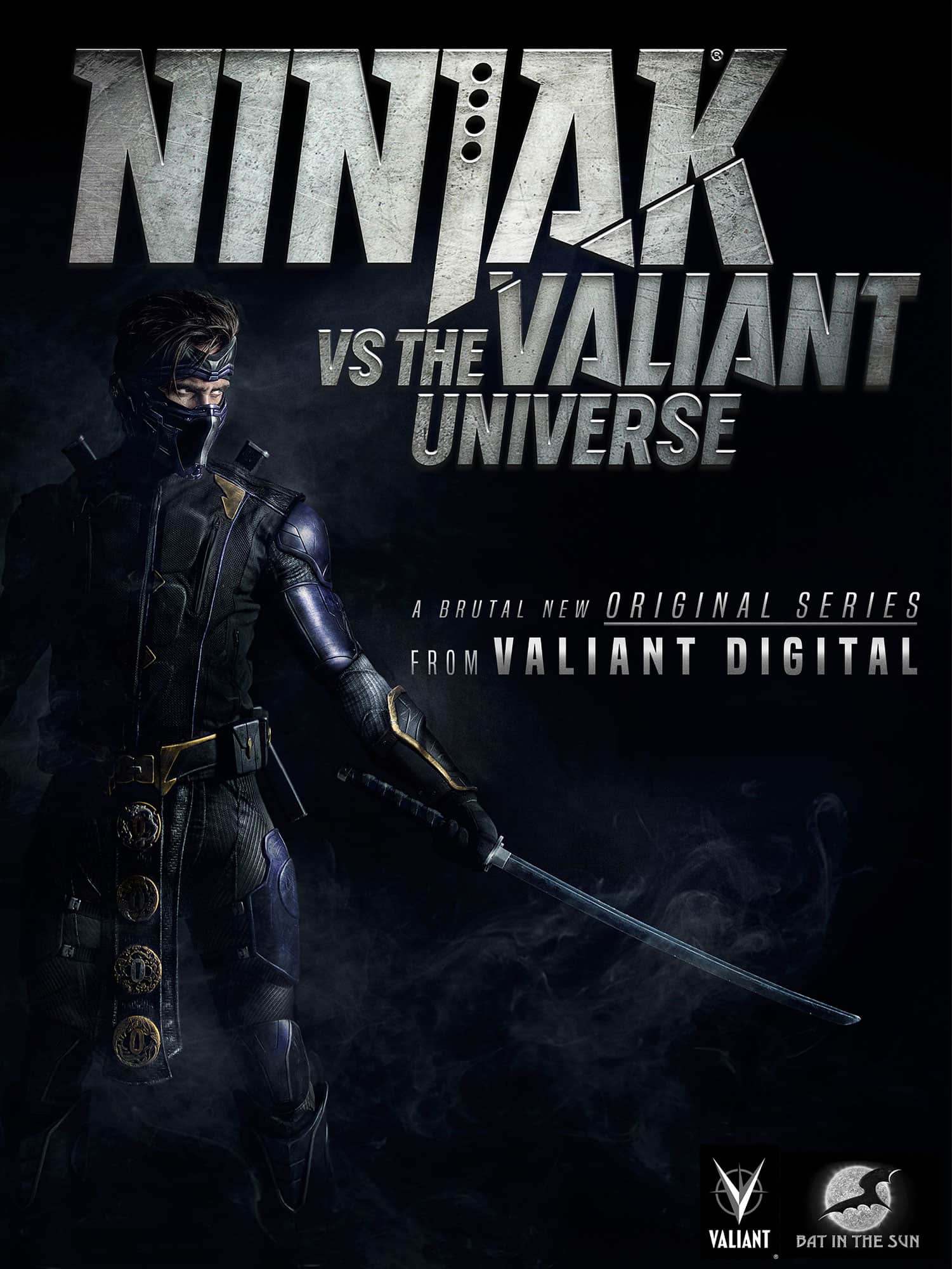 Ninjak vs. the Valiant Universe will be the very first project from Valiant Digital, which will produce original content in live-action and animation, as well as media created for the digital arena. Valiant Chief Operating Officer Gavin Cuneo had this to say in a statement:

“With major projects in film, television, and gaming already well underway, VALIANT DIGITAL is the next strategic evolution of Valiant’s long-term plan to expand the ranks of its already sizable fanbase around the world. In years past, it wasn’t uncommon for comic book publishers to prime new fans by expanding into Saturday morning animation or short-form programming. Today, that demographic has largely migrated online. With the launch of VALIANT DIGITAL and, soon, NINJAK VS. THE VALIANT UNIVERSE, Valiant will become the first major comic book publisher to create original, short-form content for the digital arena – and, with it, introduce our characters to one of the most engaged and passionate communities anywhere.”

“We’ve been quietly working over the last year to build a series of a scale and ambition that has never before been attempted in the digital space. NINJAK VS. THE VALIANT UNIVERSE is a showcase for the incredible characters and storytelling that Valiant has exhibited from its inception. We are incredibly excited to finally be sharing the first project from VALIANT DIGITAL with the Valiant fanbase, the comic book faithful and a whole new legion of fans who consume pop culture in the digital arena, but have yet to purchase their first Valiant comic. We’re bringing the same passion and intensity that helped us produce some of the best comics in the business and coupling that with an incredible, first-class team of filmmakers to create an experience that must be seen to be believed.”

Here’s the official synopsis for Ninjak vs. the Valiant Universe:

Colin King is Ninjak, MI-6’s deadliest intelligence operative, and weapons expert. When the ruthless assassin Roku exploits his greatest weakness, Ninjak will be forced to betray his closest allies. Now, on the run, he must face off against the most powerful heroes known to man for a high-octane, take-no-prisoners trial by fire more perilous and more unpredictable than any he’s faced before. In 2017, the world’s most dangerous super-spy goes to war with the Valiant Universe…

What do you guys think? Are you excited for Ninjak vs. the Valiant Universe? As always, be sure to sound-off your thoughts on the news in the comment section down below.