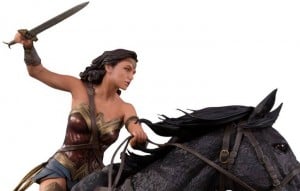 The first statue features Diana atop her horse, her sword raise in the air, as though she is charging into battle. Fans may note the great lengths the sculptors went to in order to create near realistic details to Wonder Woman’s costume and the horse, with the dust cloud on the stand being a nice effect. 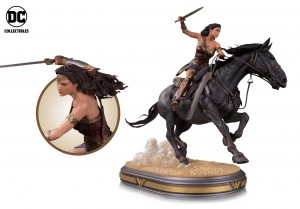 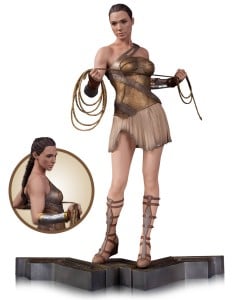 The third statue features Diana alongside Steve Trevor, a United States fighter pilot and love interest for Diana. With Diana’s shield raised and Steve’s gun in mid-air, both characters appear prepared for battle. 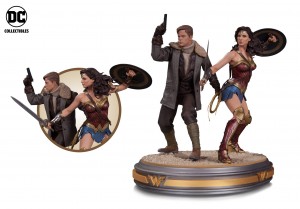 No release date or pre-order date has been announced at this time.