We are one month away from the release of Star Wars: The Force Awakens. One month.

With each passing day we seem to get a tease of what’s to come when the highly-anticipated (that seems like an understatement at this point) film, and today is no different. Empire has given us our first official look at a new Star Wars character, Constable Zuvio! Check out the picture! 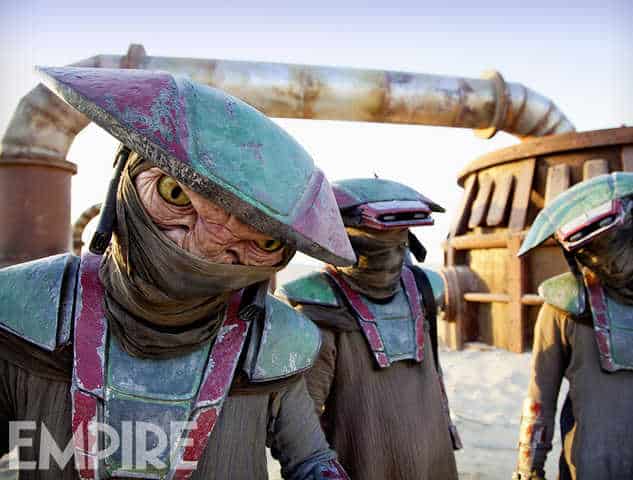 We saw leaked Star Wars merchandise images of Constable Zuvio, but this is the first official image from Disney and Lucasfilm. Constable Zuvio is said to be a “vigilant law officer on a mostly lawless world who keeps order in a frontier trading post,” and is also described as “tough and humorless.”

We don’t have much more than that about this Star Wars character at this point, but who cares?  It’s something new to get us to December!

What do you think of this new character? Let us know in the comments section below, and make sure to subscribe to Heroic Hollywood’s YouTube channel for more video content and news from the galaxy far, far away!