Entertainment Weekly has revealed the first official look at LaMonica Garrett in the role of DC Comics’ The Monitor in the upcoming Elseworlds crossover event.

Earlier this month, set photos featuring Garrett revealed him in the role of DC’s Mar Novu, a.k.a The Monitor. In the comics, the Monitors watch over the multiverse and prevent crossovers between universes, intervening only in times of crisis. Garrett’s character has been described as “an extraterrestrial being of infinite power.” The Flash himself, Grant Gustin teased Garret in the role as a force on set of the mega-crossover event:

“LaMonica was ridiculous, like seeing him in his suit, he’s just a monster. He’s like an absolute unit. He doesn’t have to do a lot with his performance. He’s so intimidating with just these subtleties, so that’s dope.”

You can check out the first official look at the Arrowverse’s incarnation of The Monitor below. 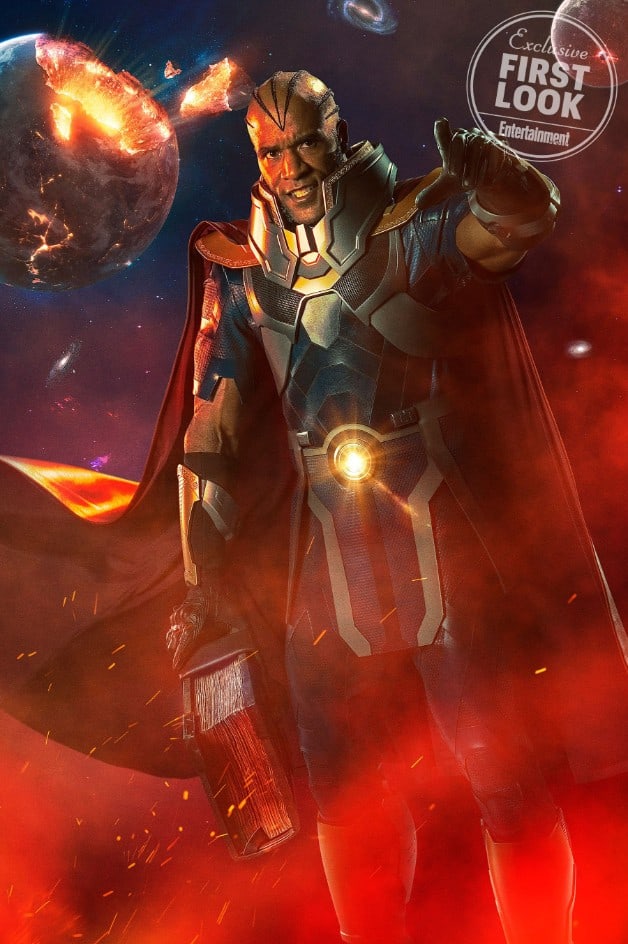 ‘The Flash’: Cicada’s Reason For Wanting To Kill All Metahumans Will Be Revealed

Plot details remain under wraps but this year’s Arrowverse crossover event will feature the introduction of Batwoman (Rose) when Green Arrow, The Flash, and Supergirl visit Gotham City after learning about the machinations of an Arkham Asylum doctor across the episodes.

DC Universe has unveiled new photos from the upcoming episode of Titans featuring the Doom Patrol.

The next episode of Titans will introduce the Doom Patrol to the DC Universe world and new photos from the hour offer fans another look at the team. Included in the photo set are Cliff Steele aka Robotman, Larry Trainor aka Negative Man and Rita Farr aka Elastiwoman.

You can read the official synopsis for the episode below!

Now aware of Rachel's power, Dick and Kory unite to find her. Escaped from the convent that sought to imprison her, Rachel puts her trust in Gar who reveals his own transformative powers. Seeking refuge, Gar brings Rachel home to his "family" – a group of misfit medical experiments we will come to know as The Doom Patrol (including Cliff Steele aka Robotman, Larry Trainor aka Negative Man and Rita Farr aka Elastiwoman) – in hopes of helping the girl. But what starts as a place of comfort for Rachel, soon turns dark under the scientific curiosity of The Doom Patrol's leader Dr. Niles Caulder, whose experiment into Rachel's powers threatens to set free a darkness, and reveal a new level of evil waiting to escape.

Titans is now available exclusively on the DC Universe.