This is a bit unexpected. Alongside dropping the second season of the hit series Daredevil, Marvel & Netflix have unveiled the logo and first footage from the upcoming Luke Cage series. Where can you see the teaser? Well, as soon as you finish binge watching the latest season that is. There is a brief teaser, which isn’t much but gives a good look at what to expect from the series, hooked to the very end of the second season of Daredevil which is currently available for streaming. We won’t post a description of the brief footage but when you do check it out, come back and let us know what you think in the comments section below. 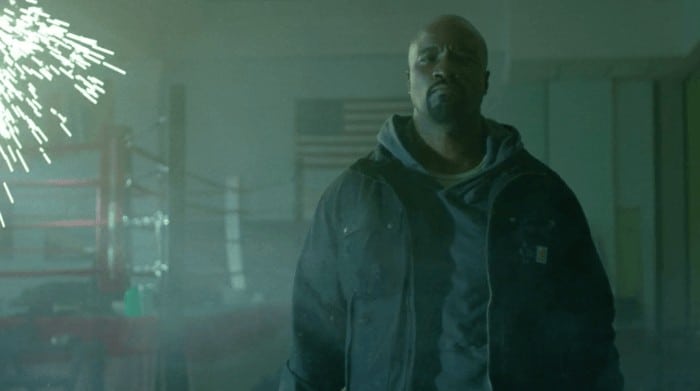 After a sabotaged experiment leaves him with super strength and unbreakable skin. Luke Cage becomes a fugitive trying to rebuild his life in modern day Harlem, New York City. But he is soon pulled out of the shadows and must fight a battle for the heart of his city – forcing him to confront a past he had tried to bury.

All episodes of Luke Cage will hit Netflix on September 30, 2016.