Skip to content
by Nelly Singla on October 2, 2016
Previous1 of 6Next 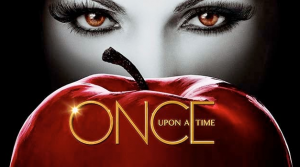 Welcome back Oncers! A lot happened in the season premiere. We are now dealing with a Storybrook where there is a Regina AND The Evil Queen. The more Lana Parrilla the better. Let's dig in to Episode 2: ''A Bitter Draught", shall we?

"A Bitter Draught,” is described as follows: David and Snow work with Regina to neutralize the threat; Belle seeks Hook’s help finding a place to hide from Rumple; Emma shares her deadly vision of the future with Archie; and Craig Horner (Legend of the Seeker) guest- stars as the Count of Monte Cristo.

The Count of Monte Cristo: Past

Regina vs. The Evil Queen

Showdown At The Dock 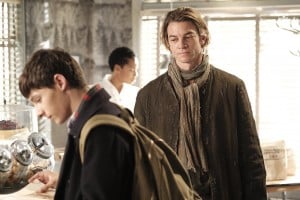 The Count of Monte Cristo: Past

We open the flashback story of the Count of Monty Cristo this week with a feud betweenThe Baron and the Count. The rehash their history, basically the Baron ruined the Count's life by killing his fiancé. Oops. In order to exact his revenge, the Count spent ten years to get to the place where he could be in a position to kill the Baron, which he promptly does.

The Evil Queen enters exclaiming there is "nothing like your first kill" and now that he has a thirst for it she can quench it; by giving him a list of all of the people that have wronged him and his fiancé.  Of course, in return she has a list of her own for him to attend to. She has her sights narrowed on Charming and Snow - who she cannot kill because of Rumple's protective spell.  But she can hire someone to do her dirty work!

In order to get close to the Charming's, the Count poses as a villager named Edmund who was injured due to the Queen ransacking and destroying his village. Since Snow and Charming trust everyone they run into, they promptly invite him INTO THEIR HOME and make him their wine steward.  The Count/Edmund is stopped dead in his tracks by Snow's random hand maiden, Charlotte, and remarks about her eyes. Creepy...

With The Count/Edmund successfully infiltrating the Charming residence, the Evil Queen gives him poison to finish the job.  Of course, it isn't that easy.  The dinner appears to be just for Snow and Charming, but Charlotte appears (those eyes!) and a third place setting is put down. He must now pour Charlotte a glass of wine from the same poisoned flask. He was already starting to feel a bit uncomfortable with his revenge and Charlotte and her eyes just made it worse.  He quickly halts their toasting before the glasses can hit their lips and he states that an occasion like this deserves a finer wine.  Not suspicious at all.

Oh dearie - here is where things get interesting. Rumple and the Evil Queen have a confrontation that is slightly flirty and uncomfortable where he tells her he needs Snow and Charming alive and procreating so to not test him.  Rumple then appears to the Count/Edmund and produces a poisoned Charlotte.  We learn that Charlotte's eyes are strikingly similar to his fiancé's causing the guilt to eat away at him. Rumple tells him that he can save her if he just leaves to the Land of Untold Stories and never return. If he returns, the poison will resume its wrath on Charlotte's body and she will die. He promptly leaves. We know what is to come... 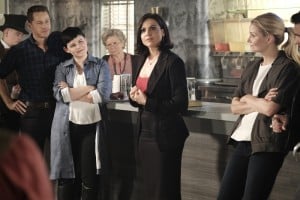 We open up this episode with the sneak peak scene that was released earlier this week: The Evil Queen & Zelena open Regina's vault. The Evil Queen looks amazing, of course. The Evil Queen tries to persuade Zelena to her side by saying she will have a sister more like her if she chooses EQ over Regina.

The Count of Monte Cristo enters the café and talks to our author, Henry who wants to look up his story. Before he is able to, the Count disappears but leaves a letter for Snow and Charming. The letter is inviting them to meet with MC so that he can carry out The Evil Queen's bidding - killing the royal couple. Regina explains that she knows exactly what he is there to do because she hired him and it is the only way for him to exact his revenge. Regina decides to meet with the Count/Edmond herself to convince him to end this pursuit and fire him.

While Regina tries to deal with the Count, Emma tries to get Swan and Charming. Unfortunately, *someone* has put a protection spell at the town line. When Regina comes to examine the spell she realizes that the spell could only be done with contents from her own vault - narrowing the suspicion on Zelena. Zelena of course resents this line of questioning and leaves in a poof of green smoke. Regina now realizes there is a lot more to this than meets the eye. 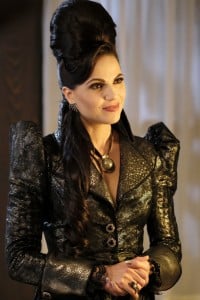 Regina vs. The Evil Queen

Regina and henry  are walking near the crash site when they see poor Charlotte the hand maiden propped against the tree, poisoned. Regina tries to examine her and is stopped by another protective spell.  Rnter the Evil Queen!!!!! THIS is what we have been waiting for, Oncers.  EQ tells Henry "mommy's back", which twitter promptly and collectively squealed with delight. Regina is totally horrified and exclaims that she killed her! EQ responds "did you really think it would be that easy?"

The two halves face off. Regina can't get the fire started to save her life, literally.  EQ explains Regina's magic wont work because of a dampening spell on the hand maiden's cloak.  She reveals she is controlling Edmund because she has stolen his heart. Looks like the EQ wins this round... 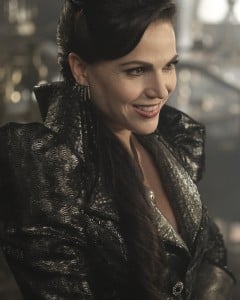 Showdown At The Dock

We now fast forward to the main event. Edmund reluctantly approaches the Charming's at the dock sword drawn. they try to say it is a misunderstanding and he responds "you have no idea."  The Charming's try to convince Edmund that they can fight the Evil Queen together and over power her, but unfortunately he is no match to over come the Evil Queen without control of his heart. He ends up knocking out Snow and Charming cold.

Before he can finish the job, Regina enters and starts fighting Edmund and explains to her he is trying to fight the Evil Queen's hold on his life.  Regina reveals Charlotte succumbed to the poision as Rumple promised.  Regina asks Helpless Henry to do something -anything- but the Evil Queen put a spell on his phone and he cannot call for help. Edmund moves to finish off Snow and Charming and Regina epically throws the sword killing Edmund.  A devastated Regina explains she had no choice. The Evil Queen enters, exclaiming NO that's not true! It was all a set up to get Regina to kill, and prove she really does have darkness inside her. Regina goes after her and says she will rip her throat out - which delights the Evil Queen.  The Evil Queen says she awakened some of the darkness and it will just grow, making Regina the one that will destroy everyone's happy endings, all she has to do is sit back and watch it happen. 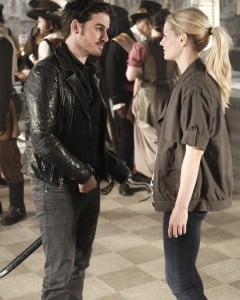 What was the rest of the bunch up to this week? We see Emma Swan's story take a bit of a back seat, she is now in therapy to try to deal with the visions.  She confides in Archie about her tremors and recounts her vision, finally admitting she dies out loud.  He tells her that the "more you talk about it the less it will haunt you". Unfortunately, Archie tries to use too much psychology on her and she quickly shuts down and says she is not there for an identity crisis. I am now fairly certain the hooded figure is Emma herself.

Meanwhile, the other half of Captain Swan, Hook, is harboring Belle at his ship. It gives him some karma points and -bonus- Rumple will be mad as hell if he finds out.  Hook feels like he has a lot to repay, he is trying to make up for his past and has a long way to go before he is can be at peace with it.

I have to thrown in the strange scene between Rumple and the Evil Queen at his shop. She basically tries to seduce him over a coin (?) and Rumple states she can have it as long as she won't hurt Belle and their unborn son.

She gets very close to him and plays with his tie (yuck) and says he will eventually get sick of the book worm. Yikes, folks.

Verdict: If we only saw Regina and the Evil Queen scenes, then this episode gets an A+. Lana Parrilla is a gift to this earth and her acting has been outstanding. I think the season is off to a good start but some of the other storylines are a bit weak. There is plenty of material to work with; which can be a blessing and a curse (no pun intended). Hopefully as we progress we will get a taste of some of the more interesting stories from the Land of Untold Stories, and less Henry please.

Join us again next week as we review episode 3!

Once Upon A Time airs every Sunday night at 7/8C on ABC.