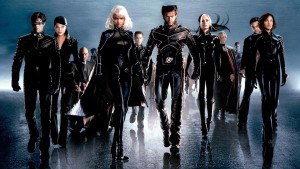 The conclusion of the “First Class Trilogy” premieres this weekend with X-Men: Apocalypse.  Fox’s X-Men franchise has been going strong for the past sixteen years.  With the latest film X-Men: Apocalypse, we continue to follow the younger versions of our favorite mutant heroes.  But what about the older ones?  Sure there was a hybrid performance in X-Men: Days of Future Past that linked the old and the new.  Plus we will also get to see Hugh Jackman and Patrick Stewart team up one last time in the upcoming thirds Wolverine solo film, but it seems we won’t have one last outing with the original cast.  Bryan Singer knows this as well and is thinking about getting the band back together.  This is partly due to the fact that the third original X-Men film, X-Me: The Last Stand did not perform as well as expected, and he wants to give the original cast some closure.

Singer was recently asked about bringing the original cast back together.

“I hope so. I went and saw Patrick Stewart’s wife sing at a local venue with Ian McKellen. The two of us were sitting there watching Patrick’s lovely wife sing, and I was thinking, ‘yeah, at some point it would be lovely to see them all again.’ They’re all great actors and great people, and I had great experiences with them. I’d love to see that happen — it’s just you have to figure it out. How do you do that? You can’t do it for the sake of doing it, you have to do it right.”

How to bring them all together remains a mystery.  It seems that we’ve somewhat moved on to the new cast with the conclusion of X-Men: Days of Future Past, but a proper sendoff for those who pretty much kickstarted the new superhero film revolution would be a nice parting gift before having the new kids completely take it over.

Would you like to see the original cast in one last film?  Sound off in the comments.