After Oscar Isaac’s Poe Dameron was separated from his Resistance colleagues for most of Star Wars: The Last Jedi, it appears the skilled pilot will spend plenty of time with Rey and Finn for his return in The Rise of Skywalker. While fans still have just over a month to wait until we see Oscar Isaac’s Poe Dameron and his friends embark on a new mission, Entertainment Weekly has released a new photo featuring the young hero in the pilot’s seat of the Millennium Falcon.

The new Star Wars: The Rise of Skywalker photo features a seemingly stunned Oscar Isaac with John Boyega’s Finn standing beside him in the Millennium Falcon cockpit. Of course, Chewbacca can seen in the co-pilots chair, though he seems more terrified than thrilled.

Check out the post below to see the new photo of Oscar Isaac in Star Wars: The Rise of Skywalker. 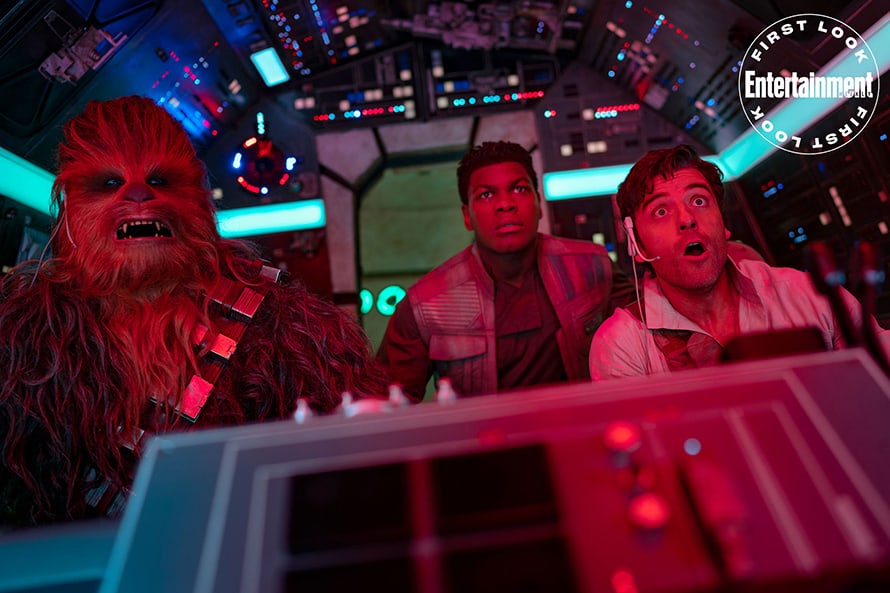 Are you excited to see Oscar Isaac reprise his role as Poe? What do you think has Oscar Isaac’s Poe and Chewbacca reacting this way? Let us know your thoughts below!