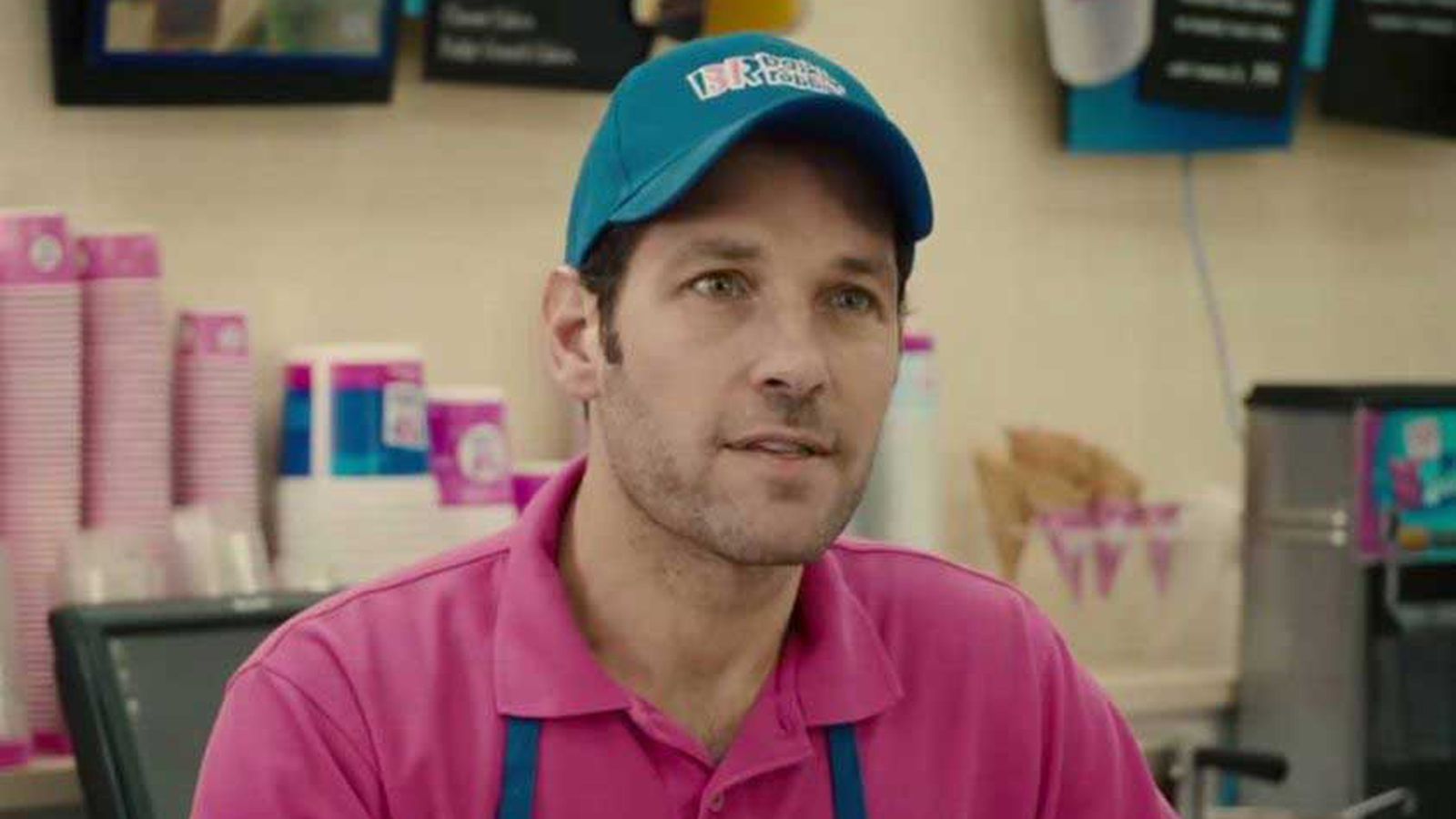 After being introduced in the charming ‘Ant-Man‘ and getting some pretty “giant” moments in ‘Captain America: Civil War‘, it’s safe to say that Paul Rudd’s Ant-Man has won audiences over. But Rudd has an interesting role behind the scenes too. During the production drama of the first ‘Ant-Man’, where Edgar Wright left as director and Peyton Reed took over, Paul Rudd, along with his ‘Anchorman‘ director Adam McKay, was brought on as a writer to reconfigure Wright/Joe Cornish’s original script. Rudd and the rest of the crew at Marvel are currently hard at work on the sequel, ‘Ant-Man And The Wasp‘, due for release in July 2018. All we know at the moment is that, according to the title, Evangeline Lilly’s Hope Van Dyne will suit up as the Wasp, and we can presume part of the film will deal with finding Hank Pym’s lost wife, Janet. Other than that, details have been minimal.

Paul Rudd was recently interviewed by ET Online for the upcoming ‘Sausage Party‘, which he has a role in. Talk quickly turned to Marvel, and Rudd was asked on the status of the ‘Ant-Man‘ sequel, which seems to be still in early days.

“We’ve been coming up with the story, just turned in a treatment, but it’s so preliminary. We’ll see. We have an idea of what it might look like, but it could change a lot from where we’re at now. So I don’t really know. There’s not really anything concrete I can tell you.”

Rudd isn’t the only talented addition to the MCU, however. Brie Larson was recently confirmed to play Carol Danvers, aka Captain Marvel, and a whole lot of people, including Rudd himself, are excited.

“I love that. Love Brie Larson. I think she’s incredible… I think we’ve very lucky to have Brie Larson in the fold.”

And suddenly, I greatly look forward to the interactions a shrinking thief who talks to ants and an Air Force pilot with cosmic powers can have. You can hear Paul Rudd in ‘Sausage Party’ this Friday, you can see Rudd suit up again in ‘Ant-Man And The Wasp‘ on July 6, 2018, and you can see Brie Larson fly to the skies in ‘Captain Marvel‘ on March 8, 2019.