Penguin Will Kill Major Character In Final Season Of ‘Gotham’

Oswald Cobblepot has had his fair share of murders on Gotham as far back as the first season. Heck, he killed a fisherman over a sandwich, became the King of Gotham by killing Fish Mooney when he pushed her off of a building — until she came back to life, anyway — and despite being Fish’s umbrella man, the Penguin has a huge trail of bodies behind him in his rise to prominence in Gotham City. And this isn’t even counting his huge kill in the last season of the Batman prequel show.

To refresh your memory, Penguin’s mother was killed by Tabitha way back when. Time has passed since all of that and it seemed that Penguin had moved past it. But when Tabitha’s boyfriend and Penguin’s former guard, Butch, was turned back to his normal self after being Solomon Grundy for a long time, it seemed like a joyous occasion for Tabitha. And then Penguin killed him because, as he reminded Tabitha, she killed his mother. I say all this to say that Penguin isn’t above killing a key character on Gotham.

And given how Gotham has killed the likes of Maroni and Sarah Essen, the show isn’t afraid to take risks with offing major Batman characters. I bring all of this up because when Gotham returns for its fifth and final season, Penguin will kill again, as revealed by TV Line. With Gotham City’s major villains carving up the city for their own various territories, it turns out that supplies are running low since the city has been effectively cut off from the rest of the world. That tends to happen when you blow up the bridges leading to the rest of civilization, you know?

But anyway, three months have passed, and Penguin is apparently going to strike a deal with Barbara for some cargo. But this is after Penguin has killed off yet another long-standing character, who you can’t see in the Gotham image below. 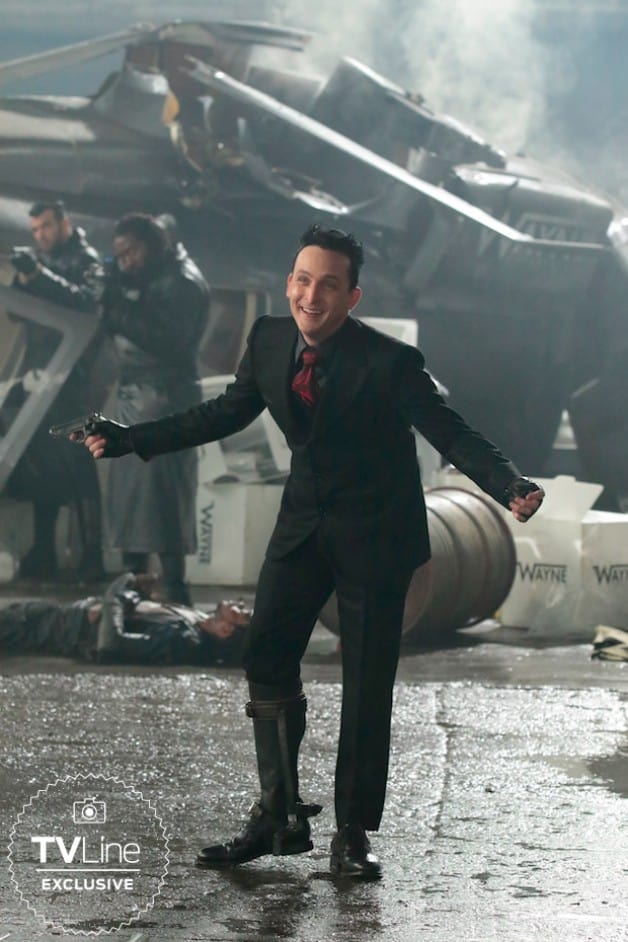 So who could Penguin be killing? After all, he wants Tabitha to suffer, so it’s possible he wouldn’t have picked her to die. Ivy Pepper, perhaps? One of the League of Assassins women who allied themselves with Barbara? Well, none of them are major characters and only one of them is given an actual name, so not them. Or maybe he kills Hugo Strange, since he’s done his job in helping Butch. The possibilities are endless and, again, Gotham is no stranger to killing off characters who are key to Batman lore.

Who do you think will die at Penguin’s hands when Gotham returns? Let us know in the comments below.

The fifth and final season of Gotham will premiere on Thursday, January 3, 2019.