Looks like one of Batman’s most infamous villains, The Penguin, aka Oswald Cobblepot, is officially running for mayor in season three of the hit Fox show, Gotham. Penguin seems to be employing some classic political tactics in his new promotional ad, as well as the newly released clip from the show. Fear mongering seems to be one of Penguin’s specialties, as he reminds the citizens of the city, how dangerous their worlds really are. You can check out the clip for yourself below.

“Make Gotham Safe Again” is Mr. Cobblepot’s slogan of choice for his campaign, and I can’t help but think it sounds eerily similar to a current real world candidates presidential tagline, “Make America Great Again.” But real life politics aside, this seems like a very interesting and engaging arc for not only Oswald’s character, but the entire show in general. Penguin seems to be pulling out all the stops when it comes to dethroning current Gotham mayor Fish Mooney. Including making his own official advertisement. You can see Penguin’s official campaign banner below. 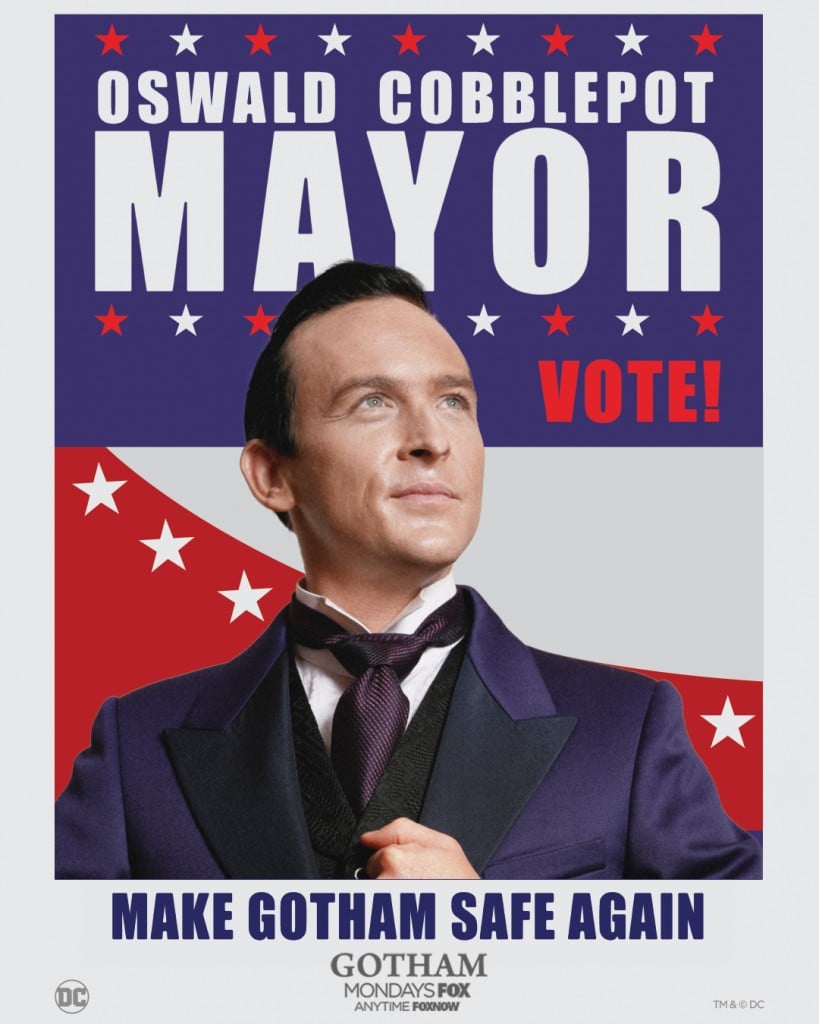 Stoic, composed, and impressively constrained, this photo actually does a great job of selling the clinically insane villain as a leader. I for one hope that this political showdown will mean more corrupt dealings, and some great dialogue about law and order in Gotham. I can’t help but think it’s incredibly interesting that both Arrow and now Gotham are going to have running mayoral plots throughout their current seasons. Especially when considering how crazy the current real-world political race is getting. Penguin has always been good at hiding his true intentions, and putting on a well fabricated facade, and with people now actually starting to trust his public persona, there’s no telling what the psychopath could get away with.

You can catch Gotham every Monday on Fox, at 8pm eastern.