There are a few pets from my childhood I would love to spend more time with, but unfortunately (or fortunately) I don’t live inside the world of Pet Sematary. Directed by Kevin Kölsch and Dennis Widmyer, a horror-centric film making team, the movie follows a family seeking a simpler life who move from Boston to the forested Maine city of Ludlow and quickly discover their new estate contains a peculiar pet cemetery with dark power.

Let me just get this out of the way now: I’ve never read Stephen King’s original novel and I haven’t seen the 1989 film adaptation, so I’m only commenting on the way the story is told here. Full of creepy forests, disturbed characters, and a healthy dose of the supernatural, Pet Sematary feels like a King story boiled down to its most essential elements. Light on exposition, the film runs through its plot in order to get to the scares and tense moments as quickly as possible.

At its core, Pet Sematary is a damn spooky movie. After the family cat Church is killed, Louis (Jason Clarke) follows his new neighbor Jud (John Lithgow) into the forest for a mysterious burial. As Louis and his wife Rachel (Amy Seimet) prepare to tell their daughter Ellie (Jeté Laurence) about the cat’s disappearance, she reveals that Church is in the closet, setting off a sinister series of events that push the characters to their limits. The differing opinions on the after-life and parenting styles of Louis and Rachel make for some interesting character moments, but the emotional maturity given to their relationship slowly melts away as the plot intensifies. The ghoulish vibes give Pet Sematary the bite to work on the big screen, but the idea that you should be afraid of your pet or loved one in your own home is what makes the movie so discomforting. 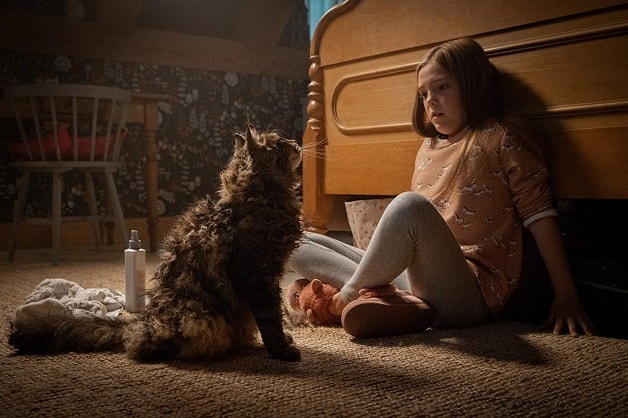 With a small central cast, the film has some decent performances. Clarke is technically the lead and does a good job showcasing the slow breakdown of a rational man questioning his own beliefs in the face of mind boggling events. Seimetz probably gives the best performance as a somewhat jittery individual slowly losing her grip on reality and desperate to outrun her past trauma while Lithgow turns in a friendly, almost comical performance as the affable neighbor next door who just wants to help. It’s never fun critiquing child actors, but Laurence’s performance comes across as underwhelming, especially when compared to the great, young performers who dominated the screen in Us. There are some moments where the characters do some cheesy, dumb things, especially Jud, but that’s more so the screenwriter’s fault than the performers.

For a movie that has such an uncomfortable concept at the center, the execution actually comes across as somewhat lazy. The first time the aptly misspelled “Pet Sematary” is shown on screen, a scene that should feel somewhat ominous and set the look for the entire film, it almost comes across as mundane. Yes, the tension rackets up as the film progresses, but that’s simply because the characters enter increasingly strange situations, not because the style evolves as Pet Sematary swings into action. In order for things to feel tense at all times, the film is full of jump scares and random noises that keep the main characters constantly looking over their shoulders. To top everything off the camerawork is rather flat and there are a few special effects-laden moments that look pretty terrible, but hey, at least the cat at the center is pretty cute. 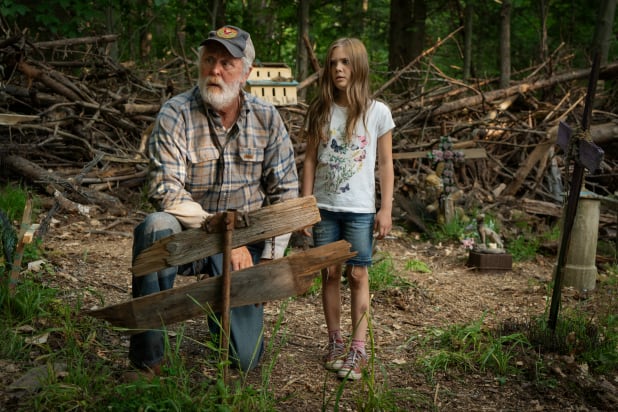 The score should be one of the most powerful parts of a competent horror film, but unfortunately composer Christopher Young didn’t bring the oomph to this project. Instead of crafting an iconic theme that resonates with a certain character or the devilish cemetery, Young relies on basic strings to set a cliche horror mood instead of trying anything unique. On the other end of the spectrum, the sound design effectively sets an eerie atmosphere. Whether it’s footsteps rustling across the roof or a semi-truck wheeling by, Pet Sematary‘s effective use of hushed noises helps present the characters as increasingly uneasy with their surroundings.

Some of the larger framing devices don’t necessarily work, like the fact everything essentially boils down to haunted Indian burial grounds, but the film is full of smaller moments that made me hold my breath and wait for the scares to unfold. Don’t let the critiques outweigh the enjoyment because Pet Sematary is a creepy movie that will have you inching around in your seat. Stephen King’s status as the king of horror is well-deserved and Pet Sematary is a solid introduction for new fans to tap into his disturbing mind.