Skip to content
by Christian Michael Stoic on July 22, 2016 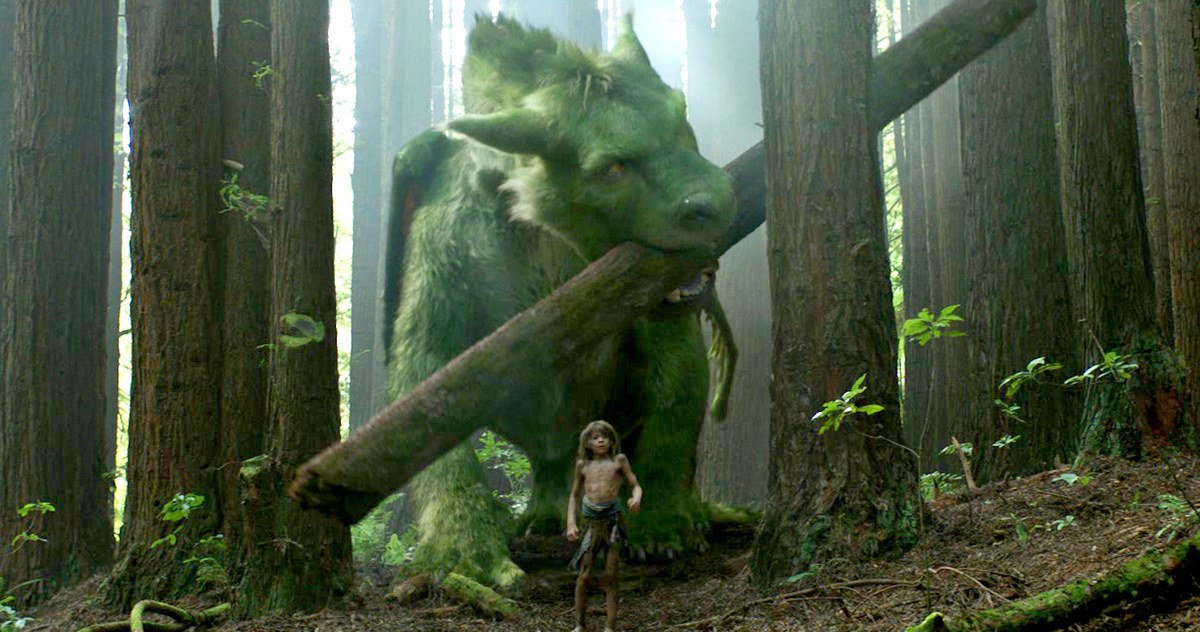 Recently I was given the opportunity to see an advance screening of Pete’s Dragon, which is Disney’s most recent live action reimagining of the book and the 1977 film of the same name. I also had the opportunity to go to a roundtable press junket for the film and I heard the cast and the director discuss about this new film.  So far this year Disney has been on a role cranking out several films and so far they have all had that sense of quality that Disney has the ability to capture so well. The original Pete’s Dragon film is one that has a smaller, but loyal fanbase and a reboot of it was bound to happen at some point. Disney has a knack for finding new approaches to reboot and reinvent their properties in new and interesting ways that feel respectful. 2016 has been a great year for them so how does Pete’s Dragon stack up against the rest of their films? I would say fairly decently.

The plot revolves around a young boy named  Pete (Oakes Fegley), who after a terrible accident discovers a dragon in the woods named Elliot and the two become best friends. Many years later Pete is discovered by people and a magical journey begins as Grace Meacham (Bryce Dallas Howard) accepts Pete into her life and learns about the dragon confirming the stories that her father (Robert Redford) has been telling for years.

The plot of this version of Pete’s Dragon is vastly different from the 1977 version. The only thing that is a constant is that there is a dragon named Elliot and a boy named Pete. I’ve admittedly never seen the 1977 version, but from my perspective this new film is a fun and heartwarming family film.  The place where I found to be the strongest element was the performances from the actors especially from the children and Robert Redford, who seemed to be having a wonderful time playing this character and his enjoyment in the role shines through.  Oakes Fegley believably plays Pete and makes the relationship between him and Elliot work.  That is the heart of the movie and luckily all of that works well.

The film is a lot of fun, but it isn’t perfect and falls slightly short of some of the other Disney films from this year. The plot and the way the story plays out was a bit on the cliché side. The film is very safe in a lot of ways and the way the plot plays out feels like a lot of family films that are similar to this. The plot is nothing noteworthy and there are many elements that will make you feel like you’ve seen this film and story done many times before.

The film was shot in New Zealand so the landscape is breathtaking which in turn  gave the film a unique feel. The excellent imagery and cinematography coupled with the landscape made the film stand out in a great way. Every shot was gorgeous and it shows they took their time on the visual aspects. With the cinematography also comes the visual effects that were employed in the film. Instead of a hand drawn animated character in the original film they opted for a completely digital creation provided by the people over at Weta, who are best known for Peter Jackson’s landmark Lord of the Rings series.  The redesign of Elliot is one of my favorite elements. Instead of going for a more traditional look for the dragon they went with giving him fur.  For the most part the CG looks good, but during certain moments like when there is a lot of light I felt like it wasn’t completely polished. Regardless of this I felt they handled the interaction between the humans and the dragon well enough so that it was convincing.

This film is not perfect by any means. It feels very safe and predictable and it doesn’t break new ground by any stretch of the imagination, but due to the talent involved the heartwarming moments work well enough. It’s a fun, family film that I’m certain that Disney fans will find enjoyable.