Skip to content
by Christian Michael Stoic on June 14, 2016

On Tuesday June 7th I was lucky enough to get to go to a special event held at the El Capitan theater in Hollywood. In attendance were Bryce Dallas Howard and the director David Lowery who were there to discuss the film Pete’s Dragon. In addition to them being on hand to answer questions various members of the press including myself got a chance to see 4 brand new clips from Pete’s Dragon as well as the brand new trailer that was released today on Access Hollywood.

Here is the official trailer:

The trailer offers more of a look into what the Dragon looks like and a broader scope of what the movie’s tone will be like.

In addition to this trailer this event presented 4 clips from the film that even added more detail and a first look at Elliot the dragon.

The first clip was a small scene with Robert Redford telling stories of a fire-breathing dragon to children while his daughter played by Bryce Dallas Howard is vocal about being skeptical of the stories that her father tells.

The second clip is of Pete and Elliot together. They are playing many games in the woods where they live including several shots of Pete on Elliot’s back flying.

The Third clip features Robert Redford, Bryce Dallas Howard, and Oona Laurence walking into the forest where Pete introduces Elliot to them.

The fourth and final clip showed was Robert Redford and the kids stealing a truck that where Elliot has been taken by Karl Urban’s character whom Lowery described as the “Villain” of this film. Their stealing of the vehicle and Elliot back ensues in a big car chase with the local police.

After these clips and the new trailer was shown Howard and Lowery had a really inciteful Q&A that discussed multiple topics including the fact that Howard was a fan of Pete’s Dragon and she pursued the project. They also had nothing but praise to say about the child actors. The film’s effects were done by  Weta Digital and much of it was shot in New Zealand. This Q&A highlighted the level of excitement that both Howard and Lowery have for the project.

In addition to the trailer being released we also have a new poster released: 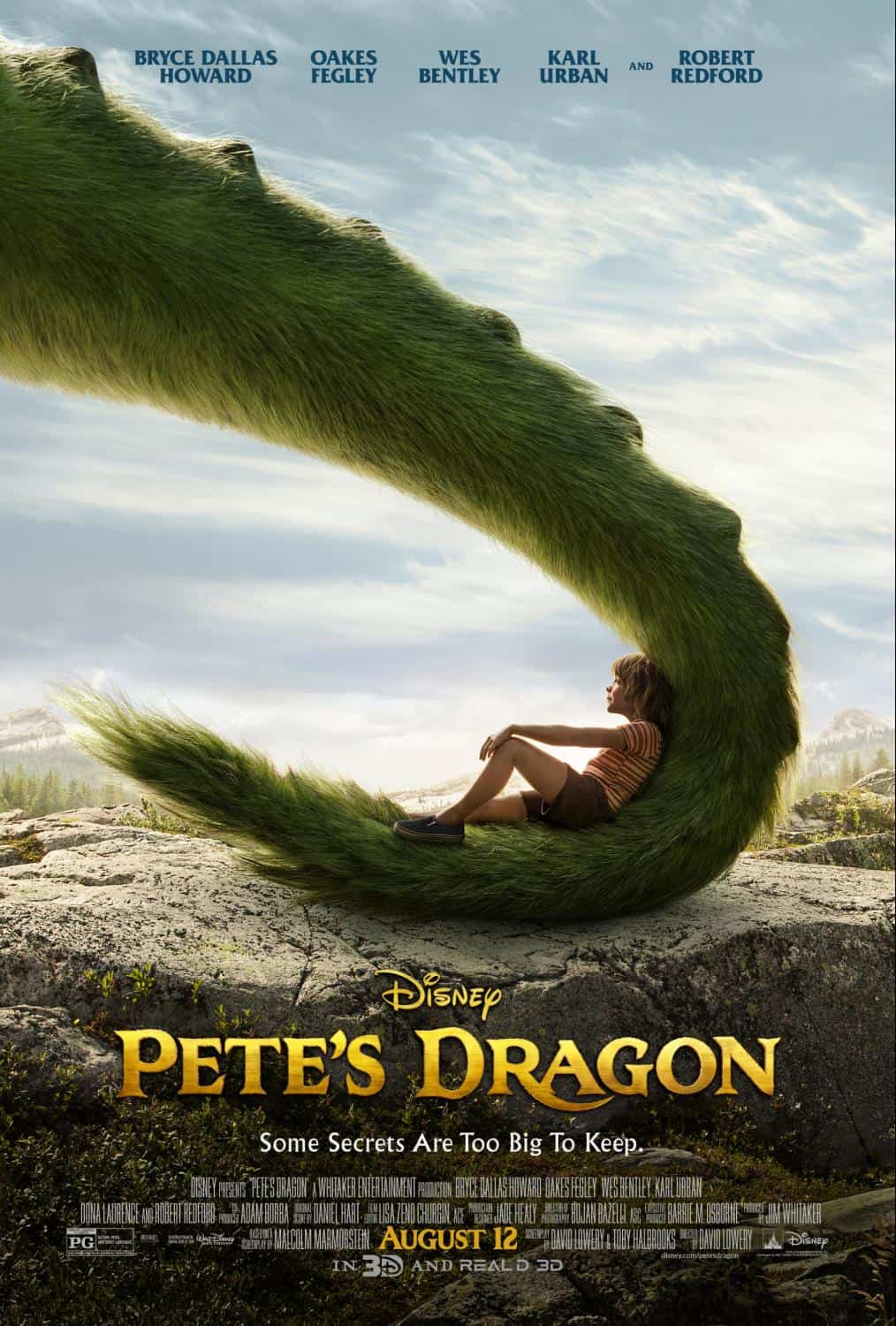 The film should offer up some family fun when it takes flight on August 12th.

What do you think of it? Are you excited? Let us know in the comments.