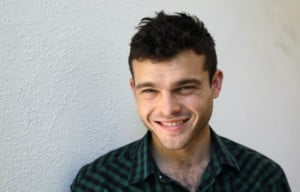 This past summer at Star Wars Celebration Europe 2016 directors Phil Lord and Chris Miller officially announced that Alden Ehrenreich had been cast as young Han Solo for the characters upcoming spin-off film in the Star Wars anthology. Taking on the iconic role from revered actor Harrison Ford is no small duty and the task of selecting an actor to assume the role was taken very seriously. In a recent interview with USA Today, Chris Miller described the casting process for the Han Solo spin-off and talked about the rigorous tests he and Lord put Ehrenreich through to be certain he was right for the role:

That guy pretty much went through an audition pentathlon; it was like an acting steeplechase. He went against a lot of very strong competitors and was very consistently the guy, from minute one. He was the first person who auditioned out of thousands, and just out of the box, made you believe that someday he’d grow into the character we know. 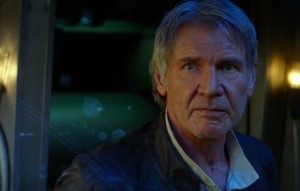 Considering just how popular the character is with the Star Wars fandom, one can understand why Lord and Miller took careful consideration when casting Alden Ehrenreich as Han Solo. Miller recently revealed that Ehrenreich screen-tested with Chewbacca and inside the Millennium Falcon as a part of the process Ehrenreich endured in order to win the role. Considering he beat out over 3,000 people for the role, fans can probably rest easy knowing Lord and Miller likely have a lot of confidence that Ehrenreich is the perfect choice to play the beloved character.

The Han Solo spin-off film is currently scheduled to be released on May 25, 2018.

The first spin-off film, Rogue One: A Star Wars Story, opens in theaters on December 16, 2016.