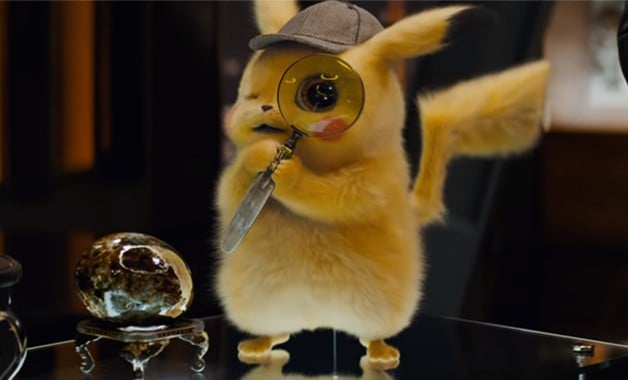 It seems that Pokemon: Detective Pikachu cinematic universe might be in full swing before too long as one of the film’s co-writers has hinted at the film having spinoffs.

There are a lot of ideas. As we said, the universe is massive in size in terms of Pokémon and locations. Even within Ryme City itself, we’ve only scratched the surface of that. There’s a lot of magic in this universe, so there’s plenty of places for it to go.

From the look of things, the co-writer of Pokemon: Detective Pikachu has an understanding of how big the world of Pokemon is!

Here is a plot synopsis for Pokemon: Detective Pikachu:

The story begins when ace private eye Harry Goodman goes mysteriously missing, prompting his 21-year-old son Tim to find out what happened. Aiding in the investigation is Harry’s former Pokémon partner, Detective Pikachu: a hilariously wise-cracking, adorable super-sleuth who is a puzzlement even to himself. Finding that they are uniquely equipped to communicate with one another, Tim and Pikachu join forces on a thrilling adventure to unravel the tangled mystery. Chasing clues together through the neon-lit streets of Ryme City—a sprawling, modern metropolis where humans and Pokémon live side by side in a hyper-realistic live-action world—they encounter a diverse cast of Pokémon characters and uncover a shocking plot that could destroy this peaceful co-existence and threaten the whole Pokémon universe.

Pokemon: Detective Pikachu will be released in theaters on May 10, 2019.

Total Film Magazine has released new Godzilla: King of the Monsters photos that tease a confrontation between the titular kaiju and King Ghidorah.

Legendary's MonsterVerse continues with Godzilla: King of the Monsters and the highly-anticipated film will pit the titular kaiju against some of the most beloved Toho creatures, including the three-headed King Ghidorah. Now, Total Film has unveiled two magazine covers and four new photos that offer fans a glimpse at the monster mayhem that will be unleashed when Godzilla: King of the Monsters hits theaters.

You can check out the first image and click "next" to continue the gallery!

Are you excited to see the King of the Monsters take on King Ghidorah? Share your thoughts in the comments section below!

Following the global success of “Godzilla” and “Kong: Skull Island” comes the next chapter in Warner Bros. Pictures’ and Legendary Pictures’ cinematic MonsterVerse, an epic action adventure that pits Godzilla against some of the most popular monsters in pop culture history. The new story follows the heroic efforts of the crypto-zoological agency Monarch as its members face off against a battery of god-sized monsters, including the mighty Godzilla, who collides with Mothra, Rodan, and his ultimate nemesis, the three-headed King Ghidorah. When these ancient super-species—thought to be mere myths—rise again, they all vie for supremacy, leaving humanity’s very existence hanging in the balance.

Godzilla: King of the Monsters will be released in theaters on May 31, 2019.