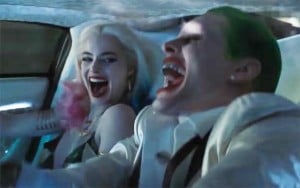 Despite receiving generally poor reviews before its release, Suicide Squad doesn’t seem to be suffering at the box office. Grossing $65.1 million on its opening night, David Ayer’s super-villain flick is set for a $150 million opening weekend.

Perhaps one reason Squad was able to bring home the money for its opening has been suggested by Deadline, who asked moviegoers how big an impact the early critical reviews of Squad had on them when deciding whether to see the movie or not. And the answer is seemingly very little. Apparently only 4% of moviegoers were influenced by the reviews when considering whether they take the trip to the cinema to watch the movie. This, and the fact that Suicide Squad currently has a B+ on Cinemascore, seems to be offering some hope to Ayer and everyone else involved in this movie, who would have surely been disheartened by the poor critical reception to the movie.

Have you seen Suicide Squad yet? Do you agree with the reviews? If you haven’t yet seen it, do you plan on going to the cinema to watch it anyway? Share your thoughts in the comments.