“….. with an R-rated “Ultimate Edition” on home video, featuring even more brutal fight scenes as well as additional hints at future films. There’ll also be some new characters, including a secret one played by Jena Malone, who was cut from the theatrical release.”

Shortly after news of her scene being cut, rumors began to circulate that the scene itself was deemed “too violent” and a new rumor revealed it featured none other than a Oracle origin scene ripped straight out of “The Killing Joke.”

In the days that followed, fans seemed to have this hope crushed with Zack Snyder told EW that:

“She’s definitely not Robin or Batgirl. I’m happy to say that.”

Shortly after he revealed that, Actor J.K. Simmons was revealed to have been cast as Commissioner Gordon in the upcoming Justice League film, and fans once again began to speculate that because Snyder had cast Commissioner Gordon, the likelihood of Barbara Gordon became even stronger, and although Snyder said she wasn’t “Robin or Batgirl,” he didn’t specifically say she wasn’t playing Oracle or Barbara Gordon.

But now it appears we have some new potential evidence to support this.

According to a new post that has made the rounds on Imgur, a Redditor was invited to fill out a fan entertainment survey provided by Warner Bros. Pictures regarding the upcoming film. The fan was shocked to see the following within the survey: 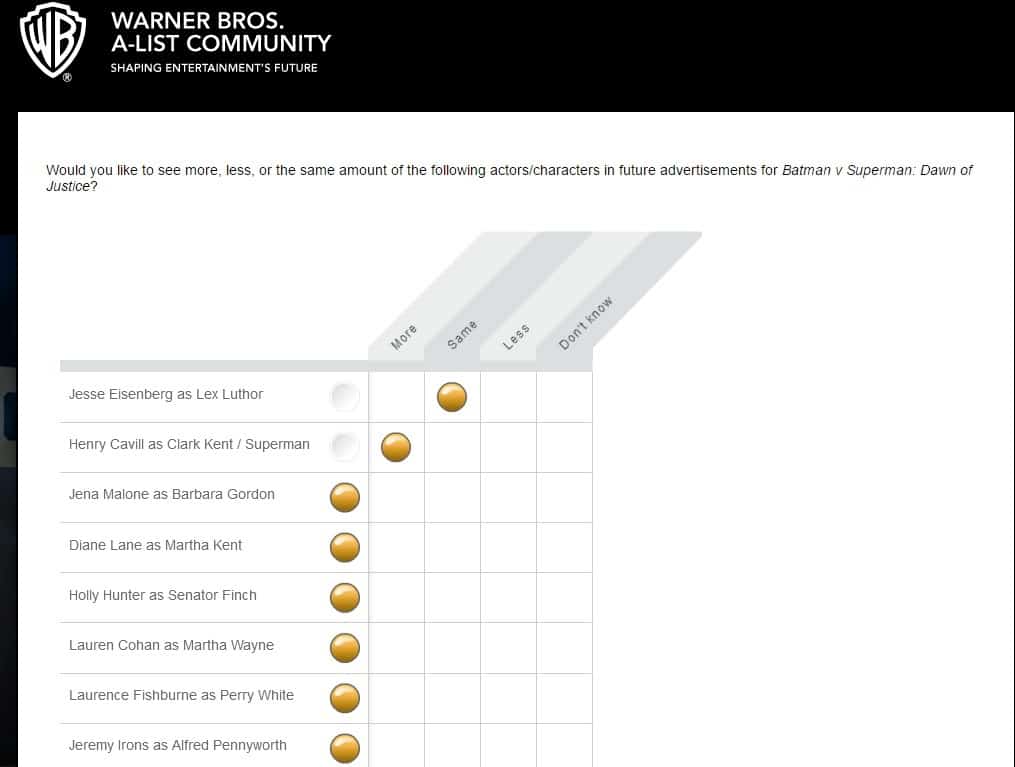 Upon further digging into the origin of the survey, it was found that the survey may actually come from an official Warner Bros. site called “Warner Bros. A-List Community.” Now it is entirely possible that the image is a fake, it is worth noting that the above screenshot does not show any clear signs of photoshop, and it does match the formatting, style, and look used in the WB A-List Community site.

While it is still possible that this is another well crafted fan creation, and with fans becoming better and better at crafting well made pieces of “evidence” to support a widely popular theory, this new-found image just may finally confirm  what many have speculated all along., that Jena Malone is playing Batgirl.