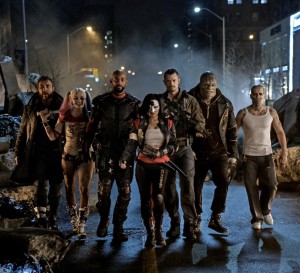 The more we see of Suicide Squad, the more fun this movie is looking. Suicide Squad not only lets you root for the bad guy, but the film genuinely seems to have a sense of awe and wonder that we haven’t seen from the DC stable just yet. Another great factor thing noticed from the trailers is that it looks like the movie will also have a unique sound. We’ve already heard “Bohemian Rhapsody,” “You Don’t Own Me” and “The Ballroom Blitz,” so it looks like it will also going to have a killer soundtrack.

The SuperNerds UK Podcast recently learned some of the possible tracks for the upcoming film. It looks to be a mix of classic rock, and modern hip-hop which could make a very interesting and unique sound for the film. Below is a list of some of the songs that may appear in the film:

Does this track listing get you excited for the film?