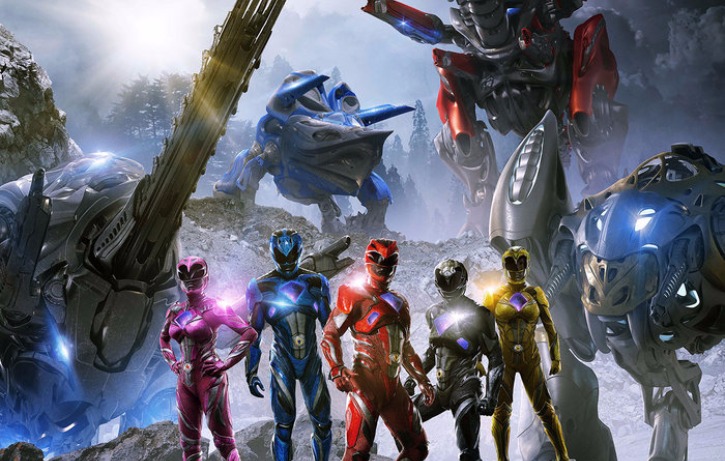 Saban’s Power Rangers is only a little over a month away from hitting theaters, and fans are foaming at the mouth to see what is in store for this new generation of the popular franchise. The new trailers have shed a significant light on the group’s team dynamic, as well as the darker tone for this new iteration while also trying to implement some of the classic elements that older fans remembered.

Today, a brand new international poster debuted on the film’s official Facebook page. This poster features our five young heroes suited up with the Megazords prominently featured right behind them. You can check out the new poster down below.

Much of the promotional stills reflect that mix between the classic era of the Power Rangers as well as this new modern take. An emphasis on the primary colors of each costume as well as the inherent joy of living the fantasy of having these tangible powers – especially when one is still young will hopefully play into the actual film well.

What do you guys think of this new poster? Do you like the design of the Megazords? Sound off in the comments below, and be sure to continue following Heroic Hollywood for the latest news on Saban’s Power Rangers. You can see the latest trailer for the upcoming film right here.