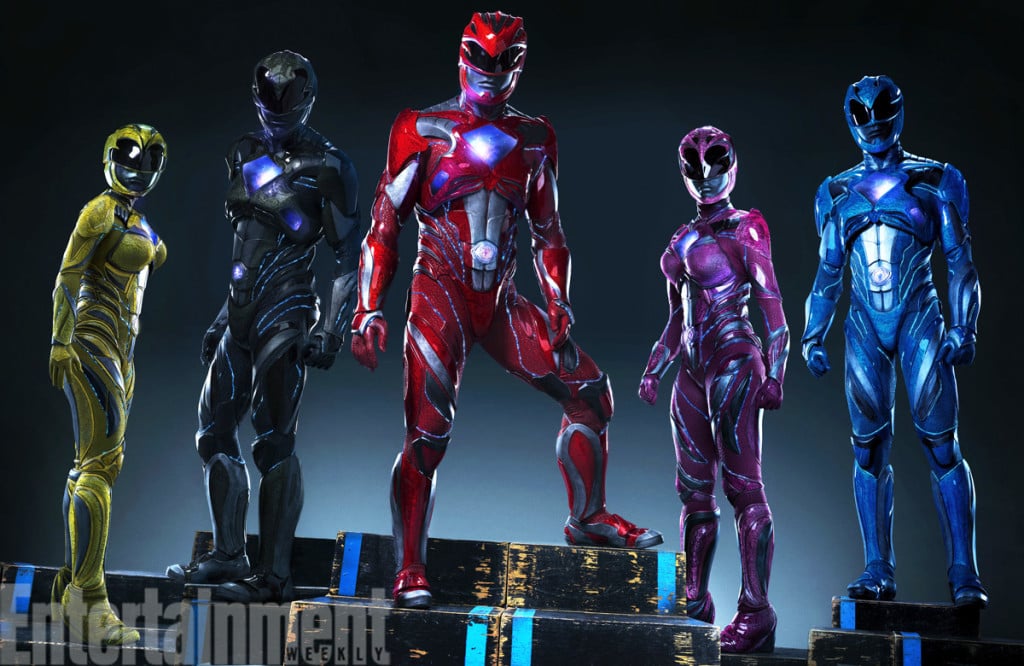 The Power Rangers have gone through a major suit upgrade. The outfits don’t appear to be anything like the original uniforms worn by the Rangers. The new suits appear to be high-tech and look like they are made out of extraterrestrial armor, which surrounds their bodies. A definite upgrade.

“The show was about kids coming of age, about metamorphosis. These suits needed to feel like they were catalyzed by these kids and their energy, their spirit.”

Production designer Andrew Menzies (G.I. Joe: Retaliation) admitted that it was a major challenge to update the outfits while staying true to the original characters.

“It’s tricky finding a new language for a superhero costume. Ours is an alien costume that grows on them, that’s not man-made. You can’t win everyone over, but we are trying to appeal to a more mature audience and gain new fans.”

Becky G is a fan of the outfit already.

“It’s the coolest costume ever. I’m gonna wear it for Halloween for, like, five years.”