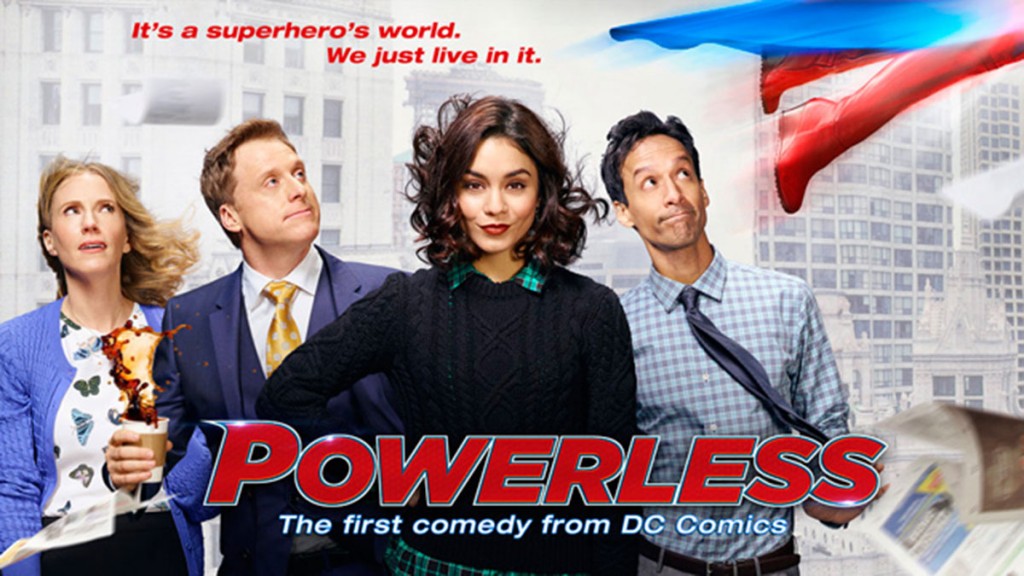 What do you get when you mix The Office with the Justice League? You get NBC’s new comedy, Powerless. Following employees working at an insurance agency in the high risk area of the DC universe, Powerless mixes superheroes and office style sitcoms. The show’s trailer featured easter eggs for characters Hawkman, Wonder Woman, and Aquaman. The show seems like an original idea, and original ideas tend to succeed in the superhero genre, so it has to be a no-brainer, right? Not quite.

The show’s creator/EP/showrunner Ben Queen officially departed the show, following creative differences between Queen, NBC, and WB. No other specific information was given other than that the departure was mutual. The series is scheduled to begin in just about two weeks, and the departure will not effected or postpone the premier. The show is currently searching for Queen’s replacement.

Do you think Powerless will still be good, even without its creator, or does this make you concerned for the quality of the show? Let us know in the comments below!