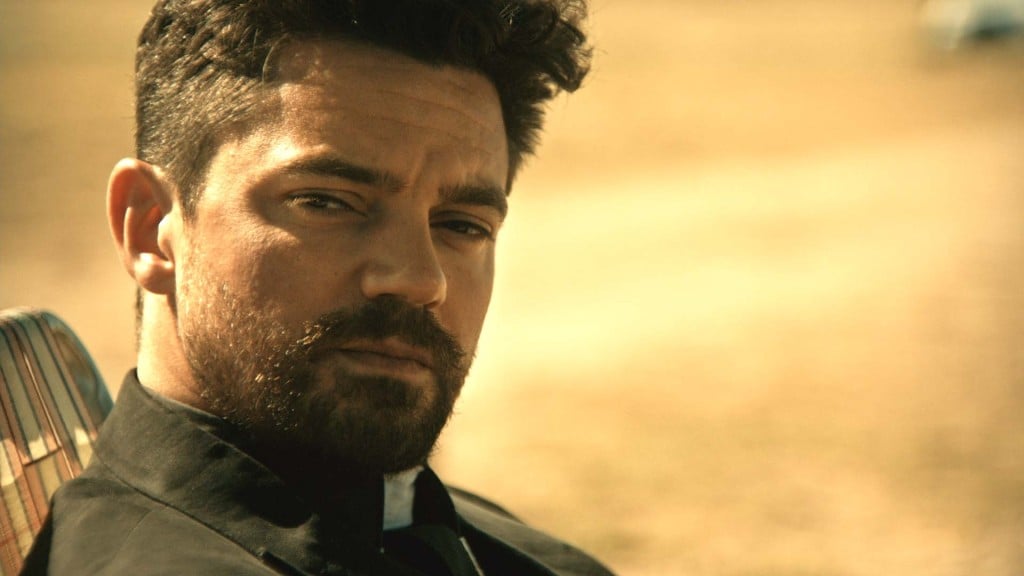 May 22 will feature the debut of Preacher on AMC and a brand new promo for the shows isn’t pulling punches. Preacher appears to be just as a hard-hitting as the comic book lore it comes from.

In this latest footage for Preacher, new footage is mixed with familiar scenes from the comic books and gives us a better look at brand new characters. Deblanc (Anatol Yusef) and Fiore (Tom Brooke) are introduced. The two are government agents who are looking into the events that have been rumored to be connected with Jesse Custer (Dominic Cooper).

Preacher is being produced by Seth Rogen and Evan Goldberg and is based off of the DC/Vertigo comic book by Garth Ennis and Steve Dillon. showrunner Sam Catlin, known for working on AMC’s Breaking Bad is also on board the project.

Preacher stars Dominic Cooper, Joseph Gilgun, Ruth Negga, Lucy Griffiths, W. Earl Brown, Anatol Yusef and Tom Brooke. The new images show off these characters in detail and give us a look into the world of Preacher.

Are you looking forward to Preacher? Comment below and lets talk about these new images!

Based on the twisted and popular ’90s comic book franchise of the same name, Preacher, created by Garth Ennis and Steve Dillon, is the story of Jesse Custer – a conflicted Preacher in a small Texas town who is inhabited by a mysterious entity that allows him to develop a highly unconventional power. Jesse, his ex-girlfriend, Tulip, and an Irish vampire named Cassidy embark on a journey to, literally, find God.