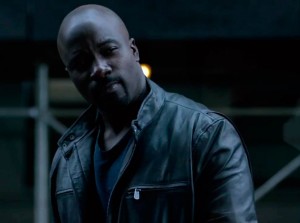 Towards the end of the month, we will finally get to see marvel’s newest show Luke Cage on Netflix. The character who was first seen and made a lasting impact on Jessica Jones was last seen going on the run will show up on the other side of town in Harlem. The new Netflix show has been described as “Marvel meets The Wire” and will have a heavy hip hop musical influence as well as deal with many issues associated with the inner city. The show is already getting very positive buzz surrounding the plot and characters and all praise is due to showrunner Cheo Coker.

Coker recently talked about the show and how different it will be from anything else Marvel has done and gave the show a unique description comparing it to a Western.

“A man who moves to a new section of town, which has deteriorated over time. Instead of a saloon, we have a club named Harlem’s Paradise. And inside this ‘saloon’ there is another strong man who is controlling vice and – to some extent – has an amount of control in law enforcement [this would be Mahershala Ali’s crime lord Cornell ‘Cottonmouth’ Stokes], so he gets away with everything.”

When discussing Luke Cage compared to the other Marvel/Netflix shows, Coker gives some details.

“Luke Cage has a different feel to Jessica Jones and Daredevil. Let’s talk about the elephant in the room right now; it’s a black show. However, at the same time, it’s a different genre to the other shows to some extent, because Daredevil is a crime drama with superhero elements, and Jessica Jones is a psychological thriller, even though it has some classic ‘Sam Spade’ noir moments.”

Luke Cage himself, Mike Colter also chimed in on the show. One thing of interest is that fans may think they know what they are getting into (thanks in part to the brilliant marketing of the show), but there’s more than meets the eye and they are in for something amazing.

“Like Cheo said, it’s a hip-hop western. But there’s also a lot of misdirection from the trailer. Don’t think that because the trailer comes out, everybody is going to know what the show is all about. There’s very, very good marketing in play here! Ultimately, we want you to show up and then we will surprise you. We’ll hook you in.”