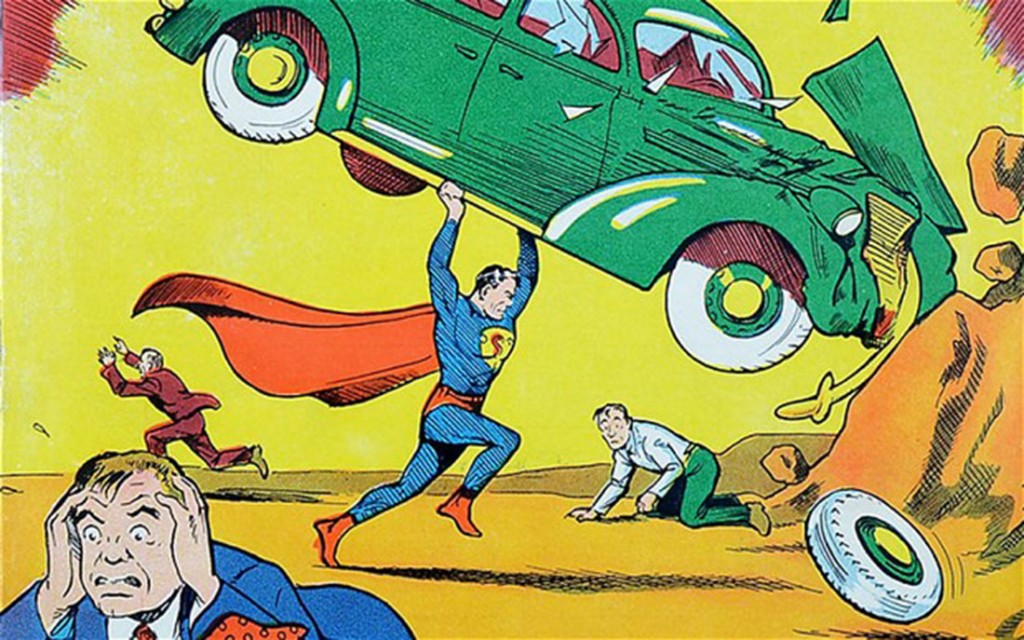 Superman may not be a fan of green rocks, but he certainly can attract green paper!

Earlier this week, Superman’s first appearance in Action Comics #1 from 1938 sold for nearly $1 million. The copy is extremely rare and considered a holy grail of collecting by comic collectors. Heritage Auctions, the Dallas based auction company that facilitated the transaction, went as far as to call the issue ‘a gem’.

Instead of bringing in the $750,000 asking price, this gem of a comic actually ended up selling for higher than that at $956,000. Not only was the selling price out of this world, but it also set a record for the highest price paid for Action Comics #1 to date. Only about 100 copies are thought to exist, some 75 years after initial production.

“Few copies of this comic survive, let alone come to auction with such a bright cover.”

The comic was initially purchased for a mere $26,000 by its previous owner back in the 1990s, and was part of the mans collection for about 20 years before making the substantial profit that he did off of it.

If anyone ever tells you comic collecting wasn’t worth it, make sure you show them this article!