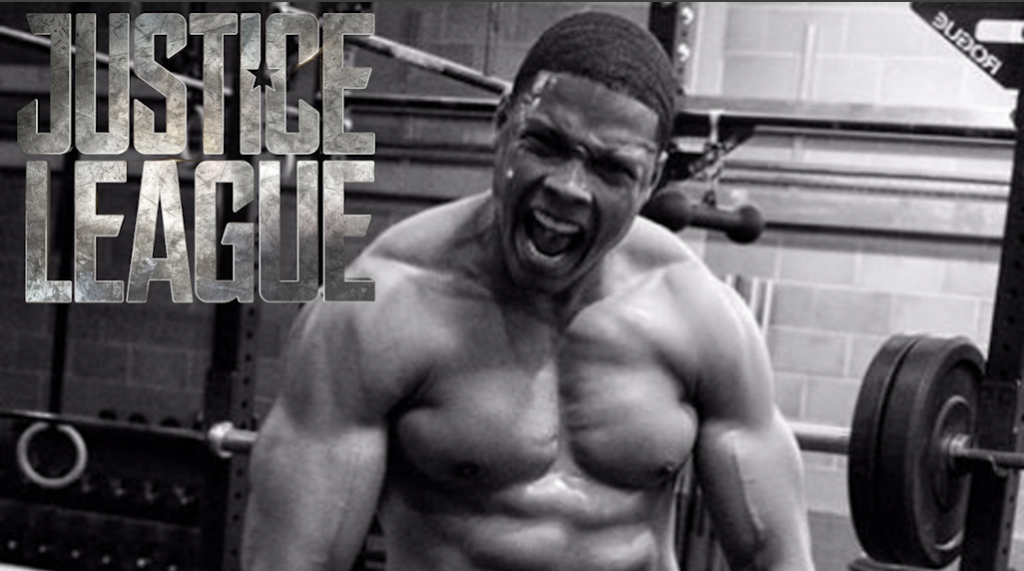 Justice League is now in the homestretch of principal photography, and director Zack Snyder is hard at work with his ensemble of actors. Obviously, during the busy production schedules in superhero films, the actors and actresses donning the capes and masks have to go pump some iron. We have seen the physical training that actors like Henry Cavill, Jason Momoa, and even J.K. Simmons have committed to, and the results are truly paying off.

Now, it looks like Cyborg himself, Ray Fisher is hitting it hard at the gym, and wow does he look incredible. Fisher has a prominent background as a stage actor, having portrayed Muhammad Ali in an Off-Broadway production of Fetch Clay, Make Man. For that role he put on 20 pounds, so physical training for a part was definitely something he had experience with, and when it comes to preparing to play Victor Stone, he’s pulled it off.

We’ve only got a small sample size of what Fisher’s Cyborg is going to be like. He made a cameo appearance in Batman v Superman: Dawn of Justice where his origins were briefly shown. We also saw Cyborg in all of his glory in the Justice League Comic-Con sizzle reel, in which he only delivered one line. Although we have a long time before we get a better impression on Fisher’s approach, at least we have a sense that he will have a great physical presence on screen, holding his own alongside giants like Ben Affleck.

Ray Fisher will also appear in The Flash film with co-star Ezra Miller and is set to have his own standalone Cyborg film as well. In the meantime, the world will be introduced to Victor Stone once Justice League opens in theaters on November 17, 2017.