It is still hard to believe that we finally have a Deadpool movie, especially after the long and grueling journey it took to have a proper onscreen interpretation of the Merc with a Mouth. It took quite a few years before 20th Century Fox decided to officially give the film the green light, and even though they were still uncertain to whether or not this film would be successful they were still getting pitches from other filmmakers to potentially bring the Mutate in his very own movie.

Apparently back in November through December in 2013, conceptual artist Kelton Cram created some concept art for a Deadpool movie pitch that was developed by Kick-Ass 2 writer and director Jeff Wadlow. Cram has created concept art on other comic book films such as X-Men: First Class and most recently, Batman v Superman: Dawn of Justice.

The concept art for this pitch was revealed through comicbook.com, who got to interview Cram on the approach that was made for Deadpool’s costume design. Wadlow’s pitch was to show a progression of the antihero’s costume just like the hilarious montage we got in the official Deadpool film. On the designs themselves, Cram expressed:

We wanted to try a completely new direction with the suit. More of an origin suit — a self-made, makeshift suit made from motorcycle gear. As with most origin stories, this suit would go through a transition, eventually becoming something closer to the one he wears in the comics (much like the suit Blur created for Ryan Reynolds).

The concept art of Wade Wilson’s costume was lacking a signature feature which was the white eyes, which were quite expressive in the Tim Miller film. When asked about the absence of these eyes, Cram explained Wadlow’s approach:

I think Jeff Wadlow was going for a more gritty/realistic approach. The white eyes are a bit campy, though I have to admit Fox and Marvel seemed to pull it off with Deadpool and Black Panther, respectively.

In Wadlow’s pitch, Deadpool was going to battle against The Marauders, a team of villains who would respond to the orders of Mister Sinister. The one piece of non-Deadpool art shared was that of the character Random, who was actually a member of The Acolytes. Cram discussed this as well as the unknown role that Mister Sinister may or may not have had in Wadlow’s pitch.

I’m not really sure if he had a relation to the Sinister character. The basic idea was a merc with the ability to grow a weapon from his arm. And of course they wanted him to be huge! (Which is why I went with Stone Cold [Steve Austin] for the reference.)

These three pieces of Kelton Cram’s concept art from this rejected pitch definitely showcases a fascinating “what if” scenario, but I must say that I am still more than satisfied with the finished product we ended up getting. However, that still doesn’t stop from this art from being anymore intriguing to take a gander at. You can check out the concept art below. 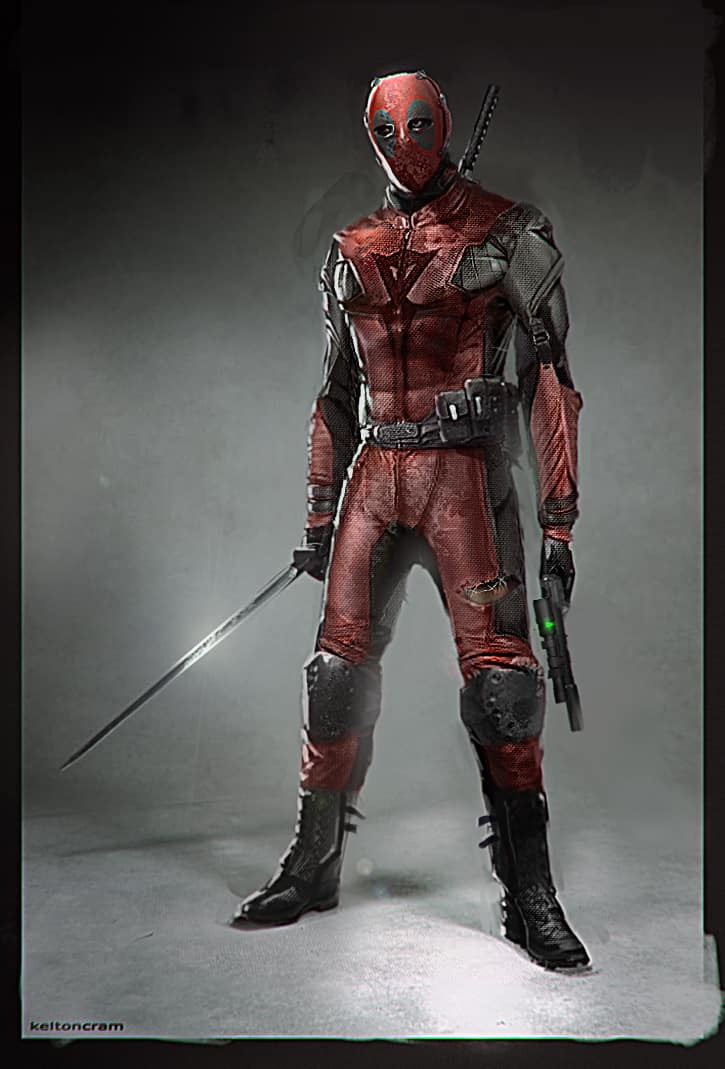 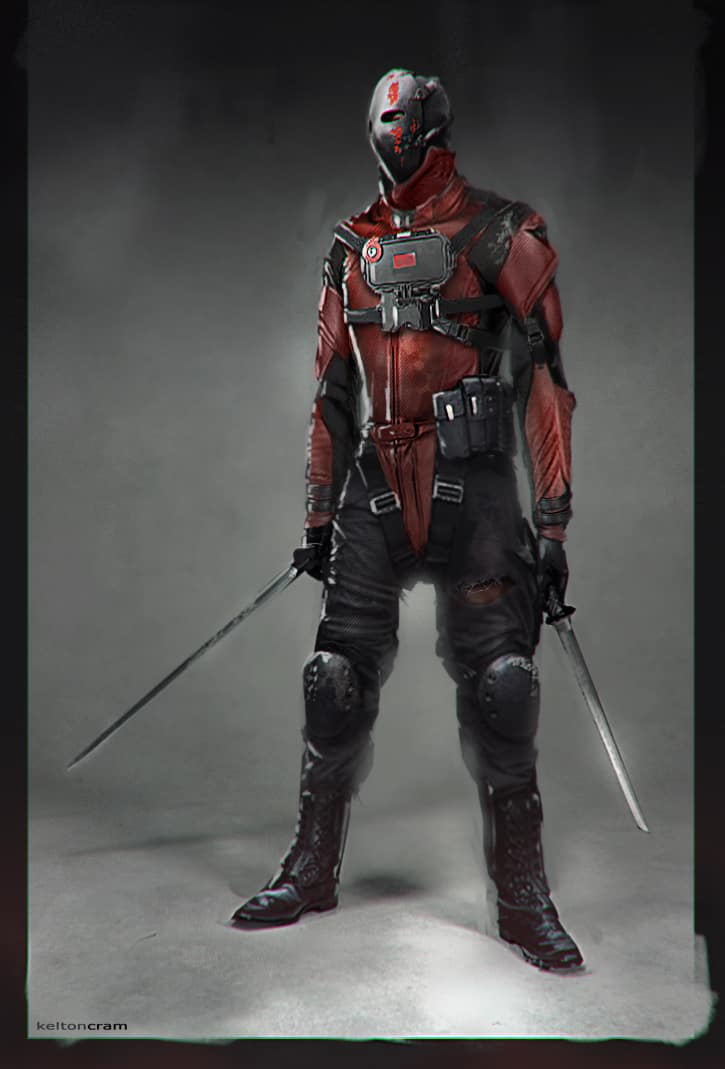 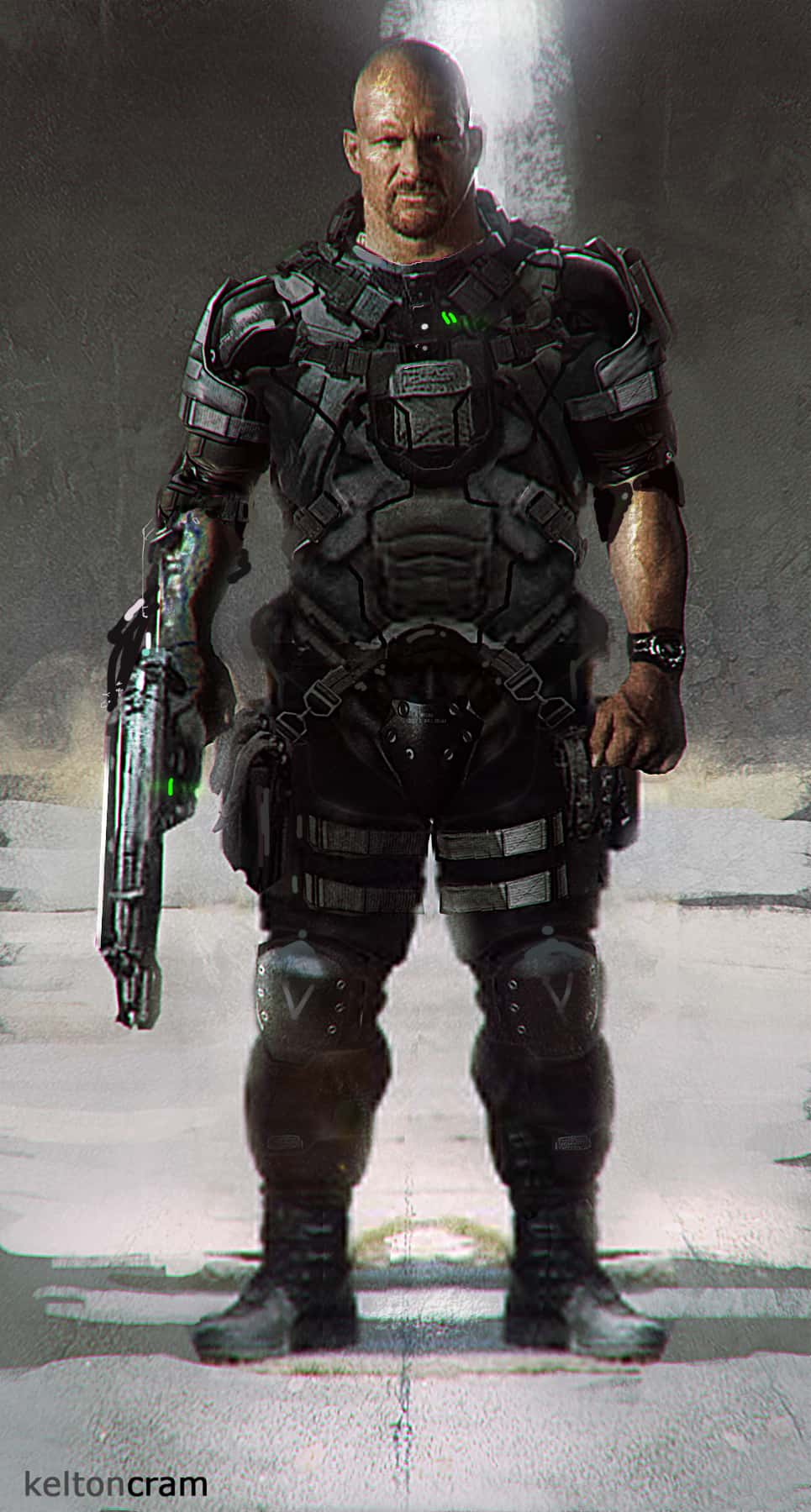