Thanks to the Alien Anthology Twitter page, we have a brand new behind-the-scenes image from Ridley Scott’s Alien: Covenant, featuring the director on the set of the highly anticipated movie. The image also gives us our first official look at star Michael Fassbender, who can be seen sitting in the background. However, the actor looks a lot different here than he did in 2012’s Prometheus, which is quite clear by his new hairstyle.

The actor portrayed a synthetic model named David 8 in the previous movie, but Scott recently revealed that Fassbender will be playing two characters in the follow-up, so there’s a chance that we could be looking at an entirely different character here. It’s going to be interesting to see who that will be. What do you guys think? You can check out the image below and sound-off your thoughts in the comment section. 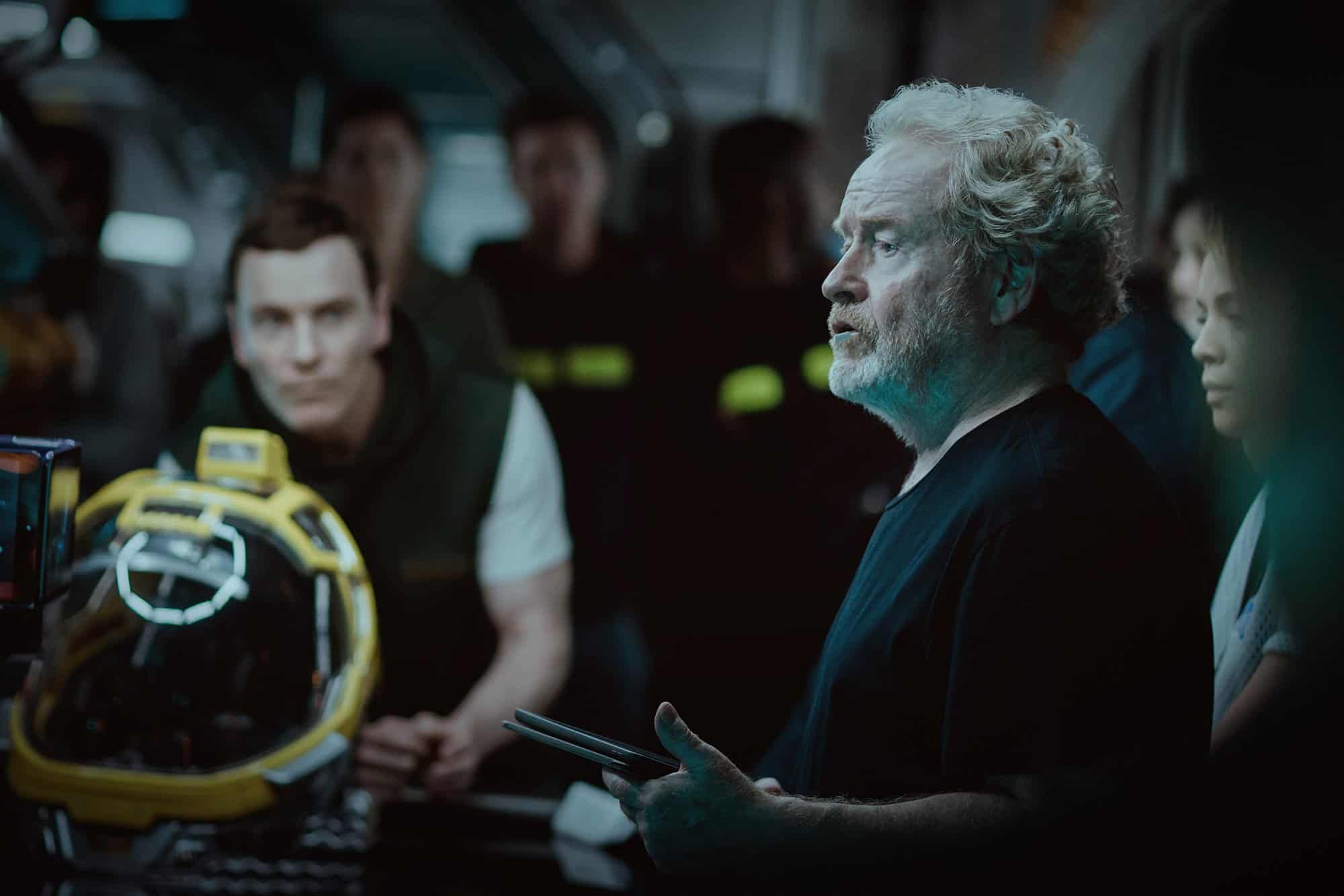 “Bound for a remote planet on the far side of the galaxy, the crew of the colony ship Covenant discovers what they think is an uncharted paradise, but is actually a dark, dangerous world — whose sole inhabitant is the ‘synthetic’ David (Michael Fassbender), survivor of the doomed Prometheus expedition.”

Alien: Covenant opens in theaters on October 6, 2017. Are you excited?