Rob Liefeld’s Snake Eyes: Deadgame saga is about to go out with a bang.

In a statement, Rob Liefeld teased the work of the all-star Snake Eyes: Deadgame #5 team and shared how working with them was a career highlight:

“The arrival of the “G.I. JOE, Real American Hero” comic book was a pinnacle of the Bronze Era of comic books! It took fans and retailers by storm, electrifying the industry. As I approached my last issue, I wanted to do something special and unique and create a signature Bronze Era comic experience honoring the legend of G.I Joe for our big finale! I put the call out to some of the biggest and most accomplished names, specifically top inkers and embellishers who shined bright during that age. I asked them if they would each embellish one of my pages or ink a spread and I’ve been floored by both the response and the results of our collaboration! Dream come true! Beyond the Bronze Era talent, I looked to include the generation that grew up on G.I. Joe like Ed Piskor, Philip Tan, Dan Fraga, Tom Scioli. Seeing all these guys jam over my pencil art and storytelling is a fantastic experience. It’s a highlight of my 34-year career and a great finish to our G.I Joe Snake Eyes finale!

You can check out a couple of previews of Rob Liefeld, Neal Adams and Jerry Ordway’s Snake Eyes: Deadgame work below. 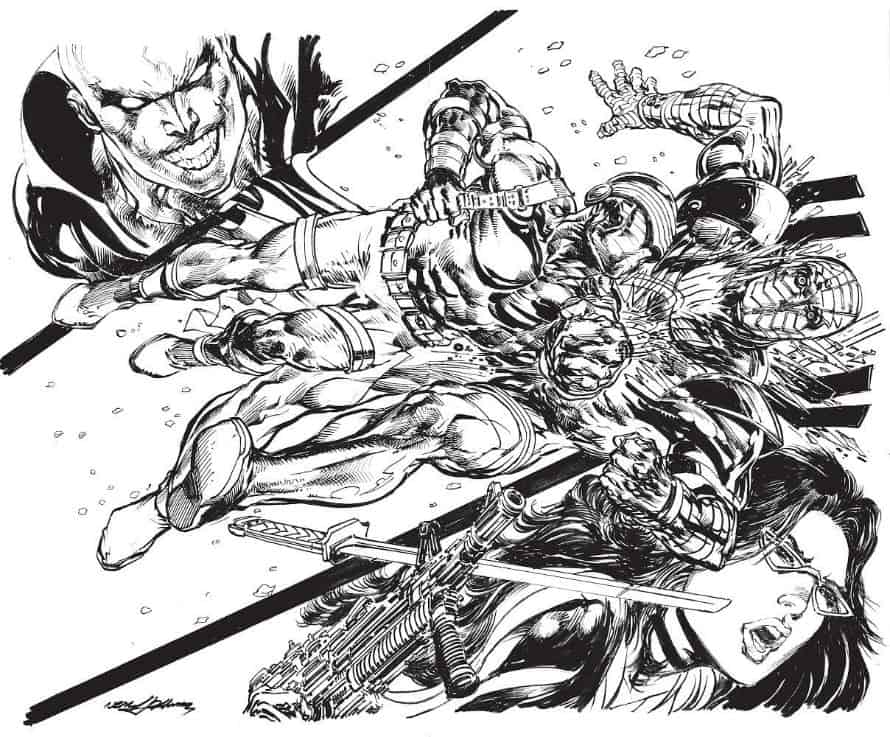 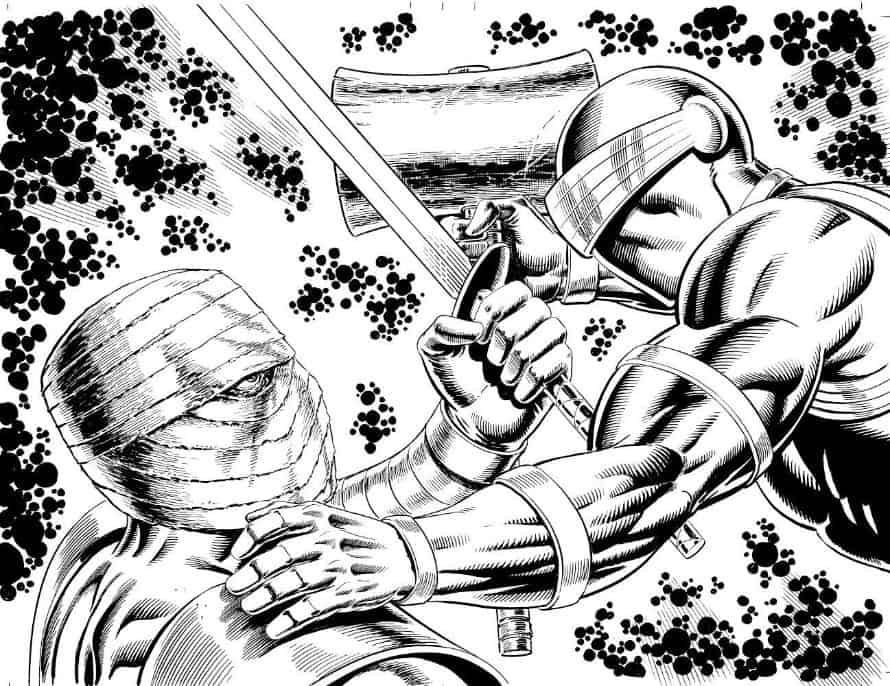 Rob Liefeld Talks ‘Snake Eyes: DeadGame’ & Who Would Win in a Fight With Batman

Snakes Eyes is scheduled to be released in theaters on October 22, 2021. Stay tuned to Heroic Hollywood for the latest news regarding Rob Liefeld and Snake Eyes. Also, make sure subscribe to our YouTube channel for more video content!