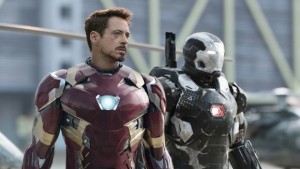 Iron Man actor, Robert Downey Jr. is continuing the Marvel tradition of being a hero in real life as well as on screen. On Tuesday morning, before the European premiere of Captain America: Civil War, Downey Jr. visited the Great Ormond Street Hospital to meet some young superhero fans.

The star met with a 7-year old boy named Ethan Miller who suffers from type 1 diabetes and the blood disease ITP. The boy was dressed in an Iron Man costume to pose with Downey Jr. for pictures. 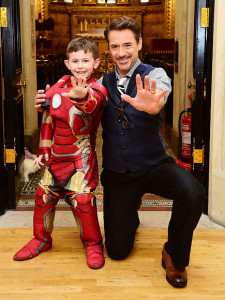 Downey Jr. also took the time to visit some other kids while he was there in the Lion, Elephant, and Giraffe wards. One of the kids he met was dressed in an amazing tiny Batman costume. 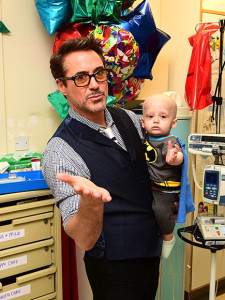 It’s always very heart-warming to see superhero actors visiting fans in hospitals. One of my favourite Superman moments is when he visits children’s hospitals and makes little kid’s dreams come true. It’s amazing to think that that inspiring action occurs in the real world with superhero actors. Robert Downey Jr. could be doing anything with his time and he chooses to visit these children and give them a memory they will likely cherish for the rest of their lives.

How do you feel about Robert Downey Jr.’s visit? Sound off in the comments below!