DC’s Detective Comics #1000 provides fans insight into how Robert Pattinson’s Caped Crusader might create the bat symbol in The Batman.

Yesterday, director Matt Reeves revealed the first official look at Robert Pattinson in costume as Batman through camera test footage. It wasn’t long before fans began suspecting the Batman symbol, which appeared to be made up of scraps of metal for Robert Pattinson’s costume, was repurposed from the gun that killed Bruce Wayne’s parents.

While it may seem like an odd decision, Detective Comics #1000 features a story titled “Manufacture For Use” by writer Kevin Smith and illustrator Jim Lee in which Batman does exactly that. In the comic, Batman visits an illegal pawns shop while disguised as “Matches Malone” and finds the gun Joe Chill used to murder his parents.

While Alfred is initially perplexed as to why Bruce Wayne would want to add the gun to his collection, Bruce Wayne explains that he intends to ensure the weapon will never hurt anyone again. After smelting the gun and forging it into the bat symbol on his Batman costume, Bruce Wayne tells Alfred, “So the metal that broke my heart as a child? That same metal will protect my heart as a man. And that is justice.” 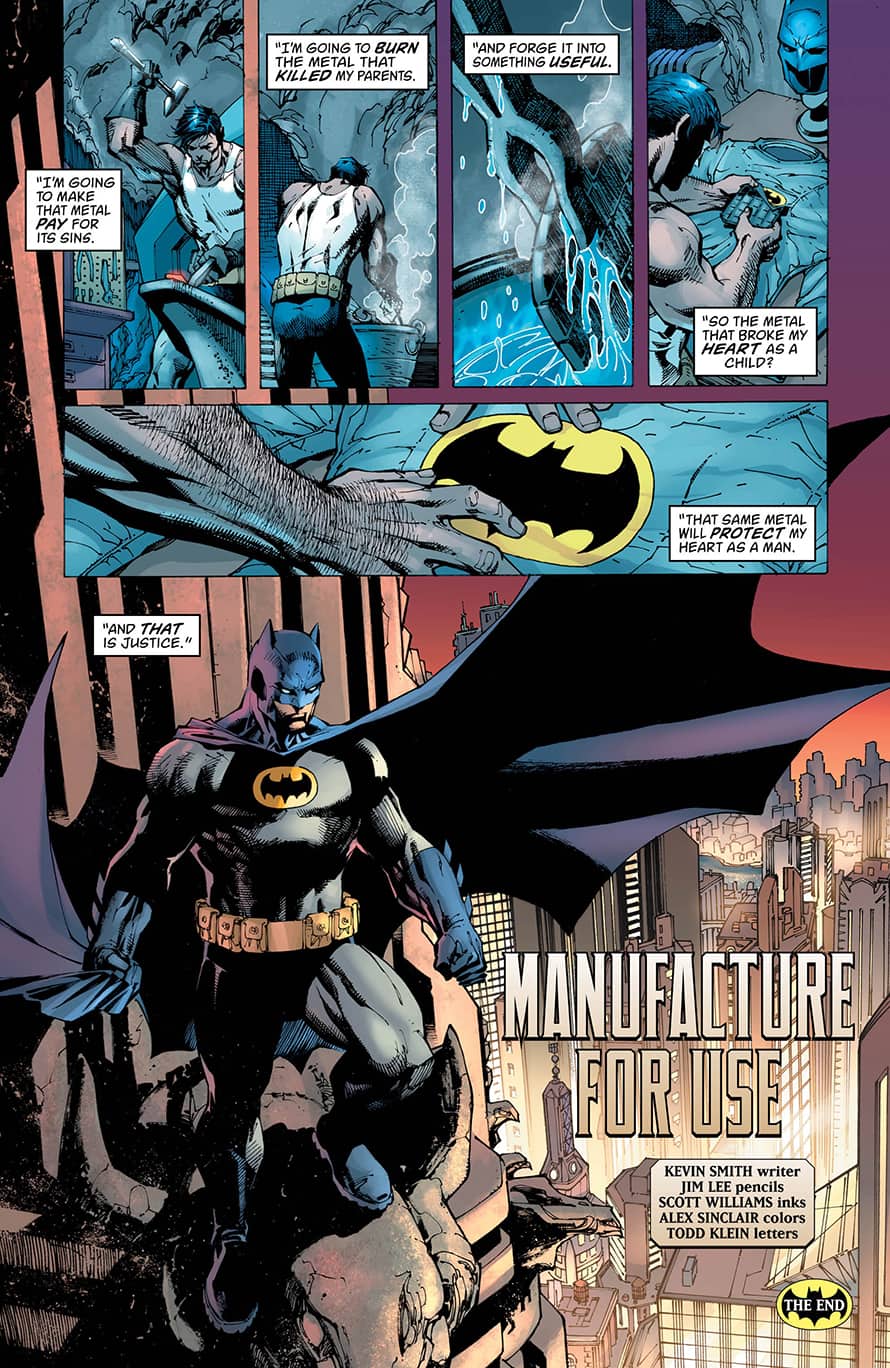 Full plot details on The Batman are currently under wraps, though the Robert Pattinson film will center around a younger Bruce Wayne and feature a Rogues’ Gallery of villains that includes Catwoman, The Penguin, and The Riddler. The Matt Reeves film will follow Batman during his formative years as Gotham City’s protector and will make use of the Dark Knight’s detective skills to a greater extent than previous DC films. It is expected to be the first chapter in a new trilogy from Warner Bros. with Robert Pattinson as Batman.