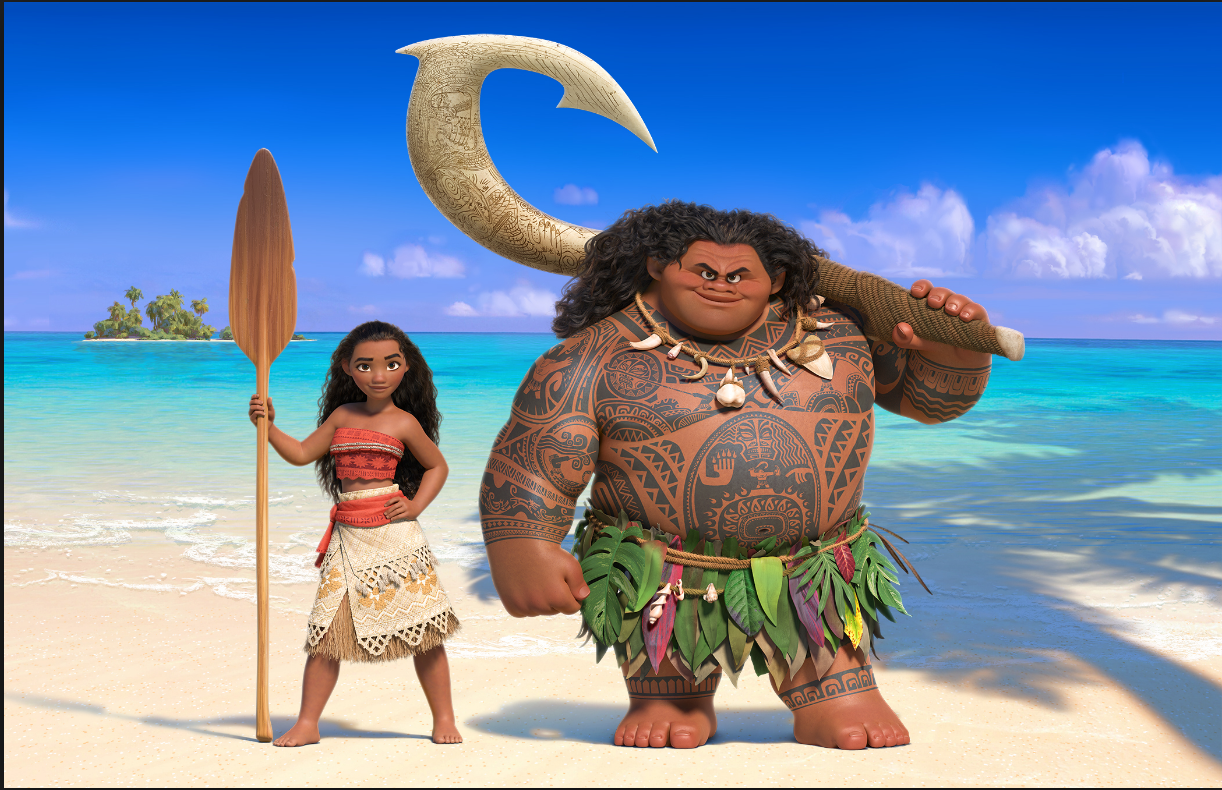 To call Dwayne “The Rock” Johnson a busy man is the understatement of a lifetime. It seems like at least every week, there is some news that drops related to him – much of that information he drops himself. The Rock is a master at promotion since his days as a wrestler and has successfully implemented that as an actor. And with his latest announcement, he has now shared the first official poster for the upcoming Disney animated feature, Moana.

The upcoming film, featuring Disney’s first Polynesian princess will be directed by Ron Clements and Jon Musker. Their filmography includes The Great Mouse Detective, The Little Mermaid, Aladdin, Hercules, Treasure Planet, and The Princess and the Frog. Besides The Rock, the film will feature the voices of newcomer Auli’i Cravalho as the titular character, Hamilton star Philippa Soo, and Alan Tudyk (AKA Walt Disney Animation Studios’ John Ratzenberger). The film will also feature songs composed by Lin-Manuel Miranda (In the Heights and Hamilton). Miranda is easing into the Disney family following his recent contribution to Star Wars: The Force Awakens and is set to star in Mary Poppins Returns with Emily Blunt set for release in December 2018.

You can check out the poster below. The Rock will reveal the first teaser for Moana this Sunday. Stay tuned for more news on the upcoming feature.

#MOANA EXCLUSIVE: This SUN I'm excited to share the spectacular visuals behind this movie w/ the 1st teaser trailer. pic.twitter.com/ouEnFvRqbv