We recently got our first official look at Darth Vader in Gareth Edwards’ Rogue One: A Star Wars Story, but we now have a closer look at the iconic villain thanks to a bunch of new playing cards for the highly anticipated movie. We’ve known for a while now that Rogue One takes place before the events of A New Hope, so Vader’s costume here looks very similar to the one he was sporting in Revenge of the Sith.

It’s safe to say that there’s going to be a final Rogue One trailer before the movie hits theaters, but it’s going to be interesting to see whether it’s going to feature more footage of Darth Vader. We’re getting closer and closer to the release of the movie, so we’ll probably know the answer to that within the next two months. 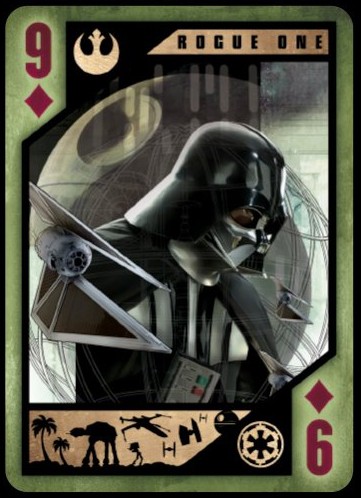