Well, here it is. Earlier this year, we found out that actress Ruby Rose had been cast in the role of Kate Kane/Batwoman and will make her grand debut in the next DCCW “Elseworlds” crossover between Arrow, The Flash, and Supergirl. While we’ve yet to actually see Rose in action as Kate Kane, the CW released the first official photo of Ruby Rose as Batwoman, which you can see in the image below: 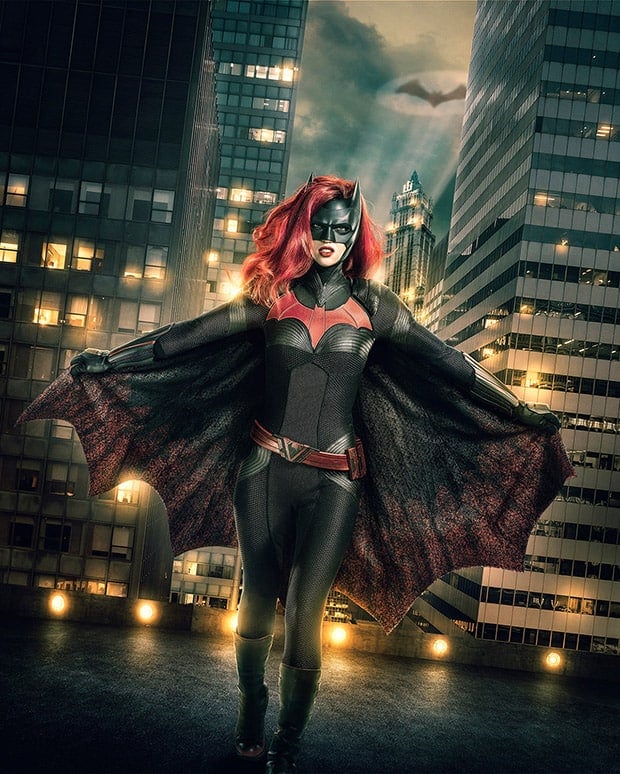 There may not be a Batman that we’ve seen in the Arrowverse or on Supergirl’s Earth-38 that we’ve seen in-person just yet, despite the name drops, but that is definitely a Batwoman right there with the Bat-signal shining high in the sky behind her. And we don’t know yet what Earth that Batwoman’s Gotham City is set on, but with this crossover being Elseworlds-related, practically anything is possible.

Though the intent is for this reveal to launch into a full-on Kate Kane series on the CW, that will have to wait for awhile and right now, fans can look forward to her joining the likes of the Green Arrow, Flash, and Supergirl when she makes her debut in the Elseworlds crossover later this fall.

What are your thoughts on the first official reveal of Ruby Rose as Kate Kane/Batwoman? Let us know in the comments below.