When he was first cast as James Bond in Casino Royale, some fans weren’t too receptive to actor Daniel Craig taking over the coveted role of the fashionable spy. People criticized him for all sorts of strange reasons: from him being blond, to him being sensitive in the films. However, over time pretty much everyone has warmed up to him and over the next four films has become very popular. However, there have been rumblings that Daniel Craig didn’t want to continue the role much longer, citing the demanding role as well as his desire to pursue other projects.

This is currently in rumor territory, but Daniel Craig is pretty much done playing James Bond. Despite starring in four films which have generated more than £2 billion ($29,145,00,000 US) in box office revenue, he’s ready to hang up his tuxedo. Rumors say that Craig has turned down more than £68million ($99,120,200 US) from MGM in salary, endorsements, profit shares, and co-producer credits for two more films. Rumors also state that studio executives agreed to let him go as they were growing tired of his criticism of the film franchise. 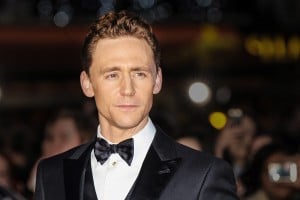 This news comes after the press release by bookie BoyleSports has suspended on betting as to who the next James Bond would be. The independent agency stated that actor Tom Hiddleston was a 6-4 favorite to take over the role of Bond beating Idris Elba (who will probably be tied up doing The Dark Tower for a while) and Damian Lewis.

Once again, this is currently in rumor territory until an official announcement has been made.
What do you think? Are you ready for a new Bond? Should it be Hiddleston? Sound off in the comments.