This rumor is sure to get fans hoping to see members of The Defenders make the jump to the big screen a bit excited. Unless Marvel screwed up here, they just revealed two additions to the cast of Captain America: Civil War and one is sort of a big deal when it comes to the Marvel Cinematic Universe. The following e-mail went out regarding the upcoming premiere of the film and listed amongst the film’s cast are Alfre Woodard & Jim Rash. You might just recognize Woodard’s name as the actress is already a part of the MCU and set to play Mariah Dillard in Marvel & Netflix’s upcoming Luke Cage series. 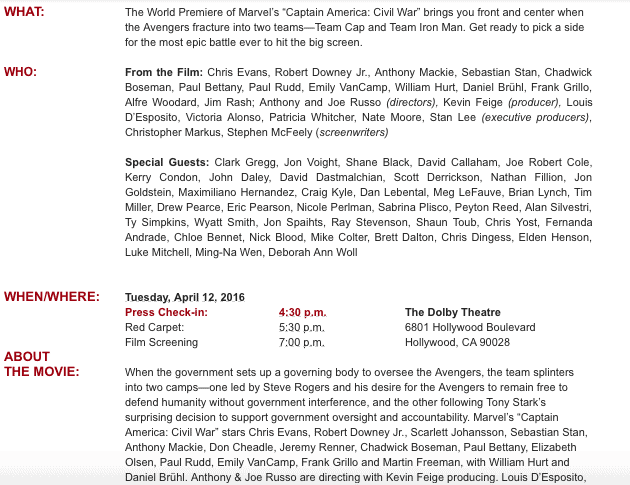 If this is true and Woodard is playing the same character, this would mark the first major connection between the Netflix corner and big screen counterparts in the Marvel Cinematic Universe. While this very well could be an error on Marvel’s part, this doesn’t seem like one that they would make. Captain America: Civil War is set to have a “ripple effect” on the Marvel Cinematic Universe and there’s a chance that could include bringing their films & television properties closer.

Other members of Marvel’s Netflix series are listed as being in attendance but as “special guests”, so it’s very curious seeing Woodard’s name amongst the cast. Guess we’ll find out just what this could mean in a few short weeks when the film hits theaters. Sound off with your thoughts in the comments section below.