The Marvel Cinematic Universe is full of hidden easter eggs and Captain America: Civil War continues that tradition. The masterminds behind Civil War, The Russo Brothers, recently spoke with CinemaBlend and talked about the many easter eggs they hid throughout Civil War and which one was by far their favorite.

Looking for a hint? “There’s always money in the banana stand.”

If fans look carefully during the airport scene, the Bluth stair car can be spotted from Arrested Development. The Russo Brothers considered this easter egg a major delight, Joe Russo explained.

“We love being intertextual, so obviously being able to put the Bluth stair car in the movie was a delight for us. That’s the sort of stuff we like to do, and in terms of layering the storytelling from an intertextual standpoint, because I think pop culture in general is very intertextual.”

Arrested Development is also known for having easter eggs and pop culture references are hidden throughout. 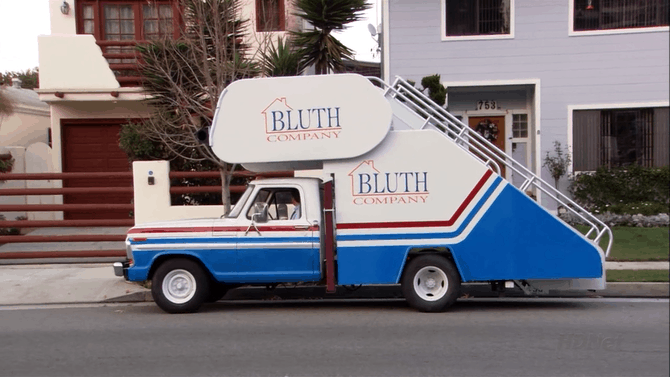 Political pressure mounts to install a system of accountability when the actions of the Avengers lead to collateral damage. The new status quo deeply divides members of the team. Captain America (Chris Evans) believes superheroes should remain free to defend humanity without government interference. Iron Man (Robert Downey Jr.) sharply disagrees and supports oversight. As the debate escalates into an all-out feud, Black Widow (Scarlett Johansson) and Hawkeye (Jeremy Renner) must pick a side.

Captain America: Civil War will be released on Blu-Ray on September 13. Are you looking forward to owning the Blu-Ray? What was your favorite easter egg in Civil War? Sound off in the comments section.