Ryan Wilder will get her debut in an upcoming Batgirl comic before Javicia Leslie brings the character to The CW’s Batwoman.

While Arrowverse fans are excited to see Javicia Leslie become the new Batwoman on The CW show, her character Ryan Wilder will appear in an upcoming Batgirl comic first. The second season is currently in production and fans even recently got a look at Wilder’s impressive Batmobile. But as the Batgirl comics from DC begin to take a political standpoint, the series has found the perfect way of weaving Ryan Wilder into Gotham City ahead of her arrival in Batwoman.

Ryan Wilder’s Batgirl debut arrived in a preview from DC Comics, which shows the young hero’s unfortunate living situation. Alongside Barbara Gordon discussing politics and real-world issues in the series, it’s refreshing to see Wilder shake things up. Many fans noted that her arrival harks back to the introduction of Jason Todd and how he first met Batman. It’ll be interesting to see if Ryan eventually picks up the Batwoman mantle in the comics as well as in the series. Take a look at the character meeting Batgirl below. 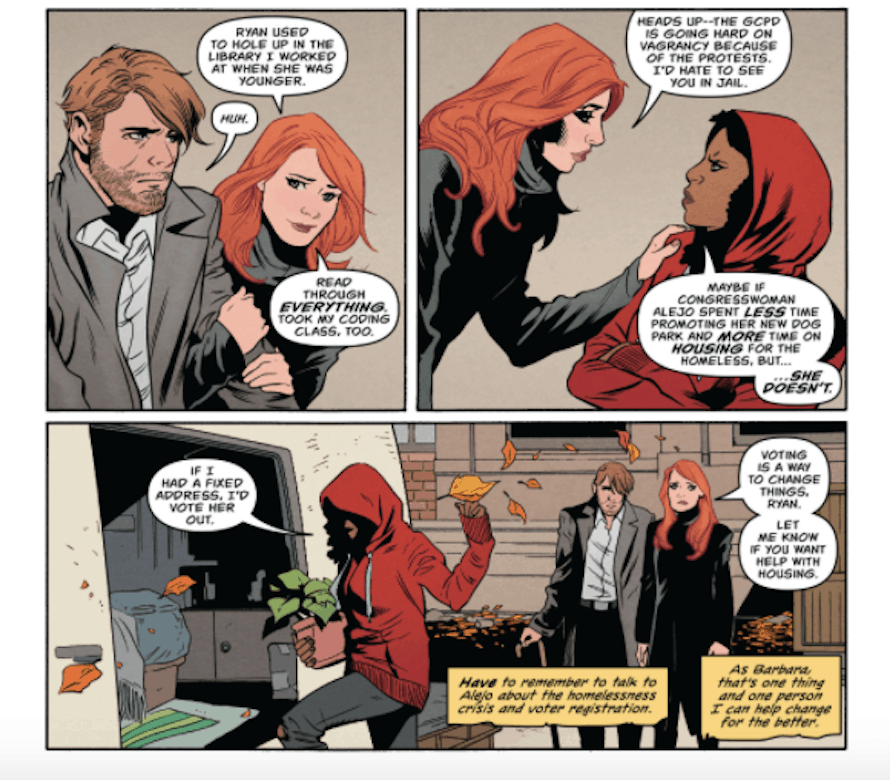 What do you think about Ryan Wilder being added into the Batgirl comic before she debuts on Batwoman? Does this mean The CW’s hero will replace Kate Kane in the comics too? Sound-off in the comments below!

Ruby Rose Looks Back On Her ‘Batwoman’ Departure

Here is the official synopsis for Batwoman season two:

Batwoman season two is currently set to air in 2021 on The CW. Stay tuned for all the latest news on Javicia Leslie, Batwoman and the rest of the Arrowverse, and be sure to subscribe to Heroic Hollywood’s YouTube channel for more original content!