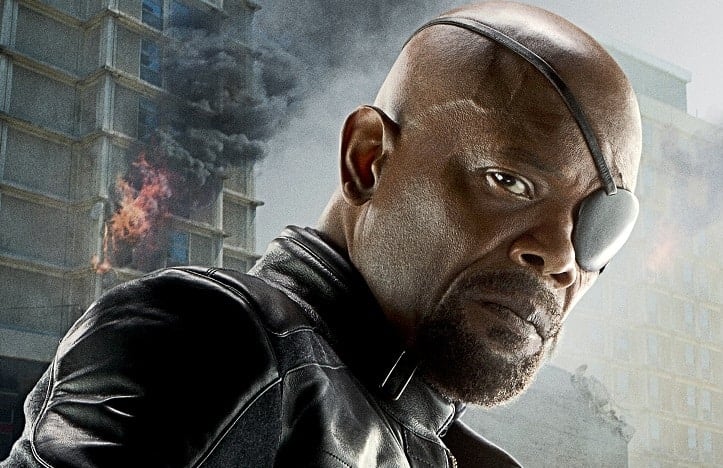 Samuel L. Jackson’s Nick Fury has been missing for the last few Marvel films. His last major appearance was in Captain America: The Winter Soldier, with a very minor role in Avengers: Age of Ultron.

The actor weighed in on the possibility of being in a Nick Fury film. Spoilers, he definitely would be down to do it and how Jackson may be in the upcoming Captain Marvel film.

“Yeah, I’d love to do a Nick Fury movie. I’m always open and game. But they got Infinity Wars, two movies to do there, and after that there’s Brie [Larson’s] movie Captain Marvel, which maybe [Nick] will be part of. Also, I asked them, ‘So you’re doing Black Panther and the only black character in the Marvel Universe is not showing up?’ And they’re like, ‘Nick Fury is not in Wakanda!’ How can he not know the other black superhero on the planet? How the hell does that work? But they just said, ‘No you’re not in that one.’”

It is odd that Nick Fury isn’t making an appearance in Black Panther because that would have been really fun. Recently, Samuel L. Jackson confirmed that he’ll be back as Frozone in The Incredibles 2.

Are you excited for Samuel L. Jackson to appear in Captain Marvel? Let us know in the comments below!