Avengers: Infinity War will unite several heroes of the Marvel Cinematic Universe for a climactic battle with Thanos and while fans are excited to see the impending showdown, many are also concerned that their favorite characters may not survive to appear in the untitled sequel. Now, Elizabeth Olsen has shared a new image through social media confirming that Scarlet Witch will appear on Avengers 4.

Posted on Olsen’s official Instagram story, the image features the actress as she shares a look at a bruise she attained while filming the untitled Avengers film. According to Olsen’s caption, the bruise was acquired while Scarlet Witch “took flight” indicating that we will Wanda Maximoff in action at some point during the film. You can check out the image below! 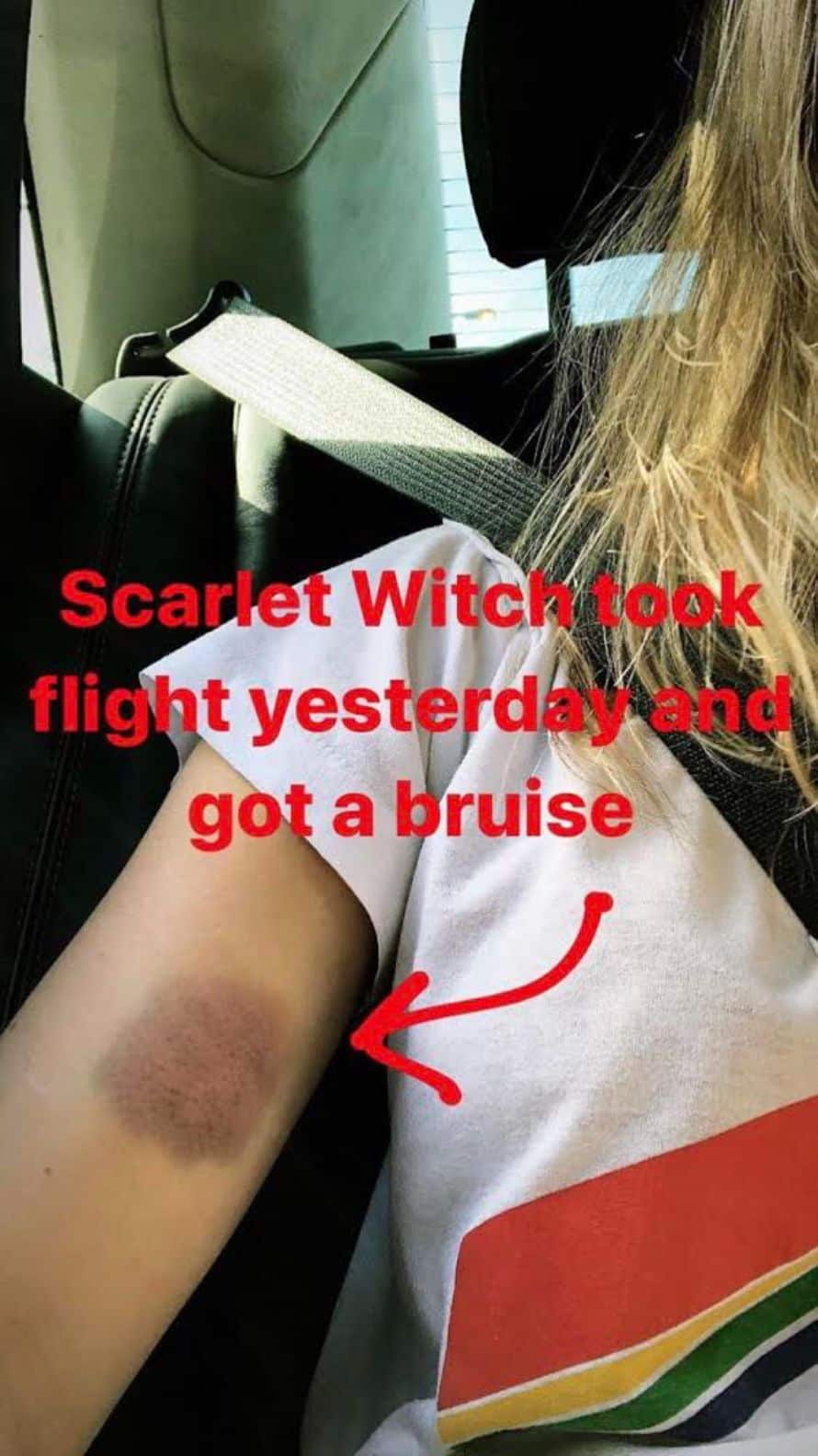 Of course, fans can see Elizabeth Olsen return as Scarlet Witch when Avengers: Infinity War arrives in theaters next summer!